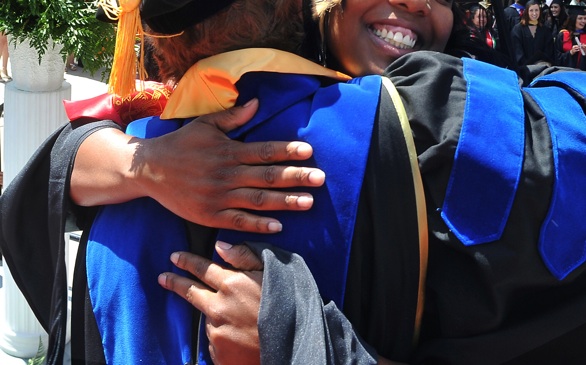 This might not be news for some, but a recent Young Invincibles study found that in order for African-American students to have the same chance of landing a job as their white peers, they need more years of education (via Think Progress).

Tom Allison, one of the study's authors, told Think Progress, "At every level of education, race impacts a person’s chance of getting a job.”

Other facts the study found:

-African-American males with associates degrees have the same probability of getting a job as a white male with only a high school diploma.

-African-American males without a high school diploma are approximately 15 percentage points less likely than white high school dropouts to have a job.

-If all else was equal, an African-American males needs some college credit to have a similar probability of employment as a white male high school dropout. Similar trends exist among women.

Young Invincibles’ deputy director Rory O’Sullivan explained to Think Progress "the racial gap for both women and men gets smaller with higher and higher degrees." For example, the employment gap is only 5 percent between black and white men with bachelor's degrees, and it's only 3 percent between women.