U.S. is in the Position it Hoped for at World Cup 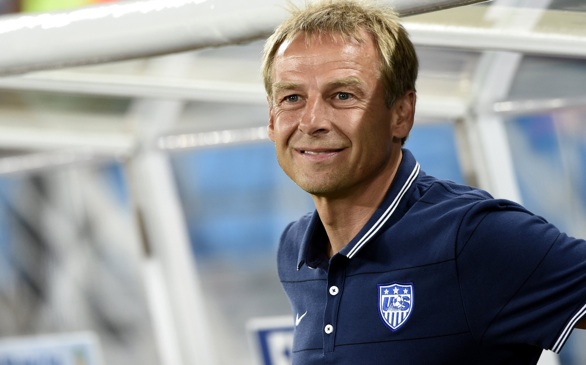 When the U.S. team landed in Brazil two weeks ago, its path to the second round of the World Cup was a simple one: beat Ghana, play Portugal to a tie and hope the tiebreakers work in its favor.

That's exactly how things have played out. With nothing worse than a tie Thursday against Germany (9 a.m. PDT, ESPN, Univision), the U.S. will go on to the knockout stage for the third time in four World Cup tournaments. Even with a loss, the U.S. has a good chance to advance given its superior goal differential over Ghana and Portugal, the other two teams in its group.

So this is where U.S. Coach Juergen Klinsmann has decided to fold up the map, turn off the GPS and begin to chart his route. With the U.S. on the verge of life after the so-called "Group of Death," Klinsmann wants more. He wants to beat Germany, win the group and make a statement that his team is no longer a collection of gutty overachievers, but a force to be reckoned with in international soccer.

"We are very well capable to beat Germany and we know that," Klinsmann said Wednesday. "Without being too overconfident, without being too positive, it's possible. It's doable.

"As you've seen, this World Cup is full of surprises. We want to be one of those surprises."

A U.S. victory over Germany would certainly qualify as a surprise. After all, only three players on the U.S. team — forward Clint Dempsey, midfielder Michael Bradley and goalkeeper Tim Howard — would stand a chance of being on the German roster. And none of them would start for Germany, a three-time Cup champion that is ranked second in the world and has made it to the semifinals in six of the last eight World Cup tournaments.

The U.S. has made it as far as the quarterfinals only once in the modern era and has won as many World Cup games, five, after the 1950 Cup, as Germany won in the last tournament.

So, yeah, Germany is favored Thursday. Just don't tell that to the U.S. players.

"Our players don't believe we're underdogs," U.S. Soccer President Sunil Gulati said. "I think for the first time in our recent history, our players believe they're capable of beating anyone."

They're going to need better performances, though, out of a couple of key players to make that happen. Bradley, the team's hard-working midfielder, covered nearly 151/2 miles in the first two games; only one player in this World Cup covered more. But his passing was horrible against Ghana and he made a couple of key mistakes against Portugal.

And central defender Geoff Cameron, whose place in the lineup may be in danger, was beaten on two of the goals the U.S. has given up in Brazil and set up the third with a horrible clearance attempt that bounced right to Portugal striker Nani for an easy goal.

Germany and the U.S. go into the game tied atop Group G with four points apiece, three better than Ghana and Portugal. If Germany or the U.S. wins, it will advance to the second round as group champion, assuring itself an easier path to the quarterfinals. If they tie, Germany wins the group with a superior goal differential and the U.S. advances as the second-place team.

But a loss by either opens up the possibility that Ghana or even Portugal could sneak by and finish second with a one-sided victory in the other group-play finale. So given the security a tie would provide, there has been speculation that the U.S. and Germany might agree to a friendly result ahead of time.

Both sides dismissed that possibility Wednesday.

"As a player, we don't play for a draw," Germany's Mesut Ozil said. "Play 90 minutes not to score a goal? No. We're going to play hard to win. We want to win the group."

"I don't think that's in our nature," he said. "I think everybody wants to win this game."