Tyrone Wells: What Moves You? 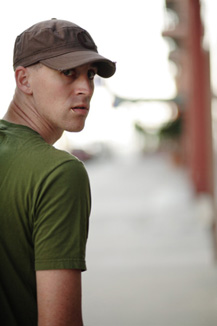 When was the last time you were excited to go to a show? Do you remember how you felt the night before? How many times did you listen to their album the day of the show? What did you feel when the curtain came up and they hit their first note?

This anticipation is what makes the live show impossible to recreate. Add to that the smell of the venue, the sensation of the bass ripping through your chest, the insane rise in humidity after the first song ends. And most importantly … how you feel the next morning after spending the evening fighting for your life in a pit.

So, who was the last band that you really got excited about? What made them different from the rest? Was it the message of the music that moved you off the couch? What is the rhythm of the band that pried you from MySpace? Or, was it the hype that kept you from your XBOX? Whatever it was, it made you move. And it brought something to your life.

For me, the artist that’s getting me out on Sunset this weekend is Tyrone Wells. I came across this guy not too long ago. My buddy brought him up one day and then showed me his website. I checked a few tracks and kind of blew it off.

Then one day I was coming back from Vegas with that same friend. He played his live CD and it pretty much knocked me on my ass. The voice alone on this guy was something to be reckoned with. He sounded amazing. The power of the Southern Blues mixed with the California vibe, it flows together with so much feeling that you can’t really believe what you’re hearing.

If you close your eyes you would think you were in the middle of a soul session in the South. But this white boy came from the state of Washington. He grew up as the son of a preacher with four sisters that were all performers in their own right. He even learned to yodel from his dad.

As time went on this singer-songwriter came into his own. I was sitting down watching TV with a gal I was dating a few months ago and heard one of his songs on "One Tree Hill" and then I was watching "Rescue Me" the next week and bam! Another song of his. I did a little research and he’s also had songs on "Numbers," "Ghost Whisperer," "Summerland," "The Mountain" and "North Shore."

It’s kind of cool to see so many people into this guy. And that just adds to the excitement of his live show. When you have a club full of people who are real fans and want to see a killer show … the energy is immeasurable.

Wells’ songs range from thought provoking love ballads that are as honest as your first crush to the way you felt after your first breakup. On his live CD you can’t hide from the feeling of each song, even the one about everything he hates. In April, his studio album, Hold On, hits the streets and after that I don’t really see too many small venue shows in his future. So that’s why I’m hitting the Strip this weekend.

In three days he’s coming to the Viper Room to play one last show before he releases his new album and people are starting to feel those same things they felt the last time they saw a killer show. They’re planning their weekend around it, trying to sucker a friend into driving so they won't have to. And Wells’ CD is being played over and over again.

Tyrone Wells will perform on Feb. 25 at the Viper Room, in West Hollywood. For more information, visit www.tyronewells.com.
Article posted on 2/21/2006
This article has been viewed 2306 times.