What the Critics are Saying: Transformers: Age of Extinction 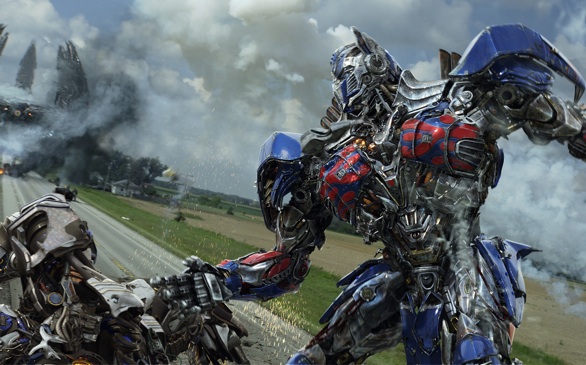 Transformers: Age of Extinction, the fourth installment of the robot franchise, has hit theaters. Directed by Michael Bay, this sequel presents a fresh human cast replacing the lead Shia LaBeouf with Mark Wahlberg and introducing new faces, like Stanley Tucci and Nicola Peltz, to the series.

According to Forbes, due to the new cast and the inclusion of Dinobots, the movie is expected to be a hit in the theaters. On Thursday, it earned a solid $8.8 million. Based on the ticket sales of the previous Transformers: Dark of the Moon and the outselling of tickets on Fandango, this new addition to the franchise is expected to easily hit $1 billion in the box office.

Although the film is bound to be popular this summer, it has received a lot of mixed reviews from film critics. The Hollywood Reporter’s Clarence Tsui praises the movie for its “state-of-the art 3D chicanery,” but criticizes it for being “mostly dull and middling,” claiming that the audiences are “bombarded…with overwrought emotions…bad one-liners and battles.”

Critic A.O. Scott from the New York Times was also not the biggest fan because the women in the film were “mainly to be ogled, shamed, and rescued.” But, he notes that some viewers “will find moments of satisfaction” while watching the movie.

Actors Wahlberg and Tucci both received recognition for their performances. The Los Angeles Times’ Betsy Sharkey calls Wahlberg “a likable on-screen presence,” while Forbes’ contributor Mark Hughes commends him for “his wonderful comedic timing and delivery.” And, Rolling Stone’s Peter Travers took a liking to Tucci’s performance, claiming that Tucci is “the only fully alive presence onscreen.”

Although the movie has received more negative than positive reviews, it’s a must-see for lovers of action and robots. According to Rotten Tomatoes, “Fans of loud, effects-driven action will find satisfaction.”