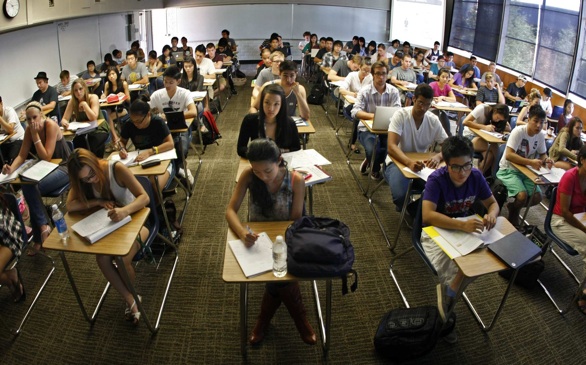 (The Sacramento Bee/MCT) The accrediting commission that evaluates California’s community colleges acts inconsistently and without enough public disclosure, according to a state audit released Thursday.

The audit was especially critical in the case of City College of San Francisco, which had its accreditation terminated in July 2013, one year after the commission questioned its leadership and fiscal planning.

Federal regulations allow institutions up to two years to come into compliance, and the city sued to keep the college open. A judge granted a stay of closure in January, and City College has since been given two more years to meet accreditation standards.

The audit examined five years of actions taken by the commission, between January 2009 and this past January, during which time 15 sanctioned institutions were allowed the full two years to reach compliance and another six were granted extensions of up to five years.

“The commission’s decision regarding CCSF’s accreditation raises concerns about its reasoning for taking such a severe action,” Howle wrote.

The report’s stinging conclusion led to a written squabble with the accrediting commission, a sharp contrast to the deferential tone that is typical of agencies audited by the state.

In a scathing response, the commission called the audit “factually inaccurate” and “incomplete.”

“ACCJC recognizes that the Auditor and her assigned team members do not have the expertise to conduct an audit of the type that was undertaken in this instance,” the commission wrote in a letter included with the report. “Audit standards require auditors to have independence and technical competence.”

Howle countered that the commission’s “spurious accusation” was “entirely unwarranted.”

The audit also expressed concerns that “the commission conducts its most significant decision making regarding an institution’s accreditation status in closed sessions,” which “could lead to public skepticism about the commission’s equity and consistency.”

According to a survey of the executives at each of the 112 California community colleges, conducted as part of the audit, 38 percent did not feel the commission’s decision-making process was adequately transparent.

The report further cited the commission for not considering new evidence of City College’s progress in an appeal of its termination decision earlier this year, and for including the spouse of the commission’s president on a team that conducted a comprehensive evaluation of the school in 2012, creating the appearance of a conflict of interest.

In a withering recommendation, the audit encouraged the state to allow community colleges flexibility to choose an alternative accreditor. A bill by Assemblyman Rob Bonta, D-Alameda, that would make that change to the Education Code is currently in the Senate.

The California Federation of Teachers, which has been a staunch defender of City College during its battle with the commission and supports Bonta’s legislation, urged lawmakers to take action on the audit, calling the commission an “out of control and destructive agency.”

“We can’t afford another vendetta by the ACCJC, which has already severely and needlessly disrupted the ability of one of the most important colleges in the state to deliver its education to thousands of students,” CFT President Joshua Pechthalt said in a statement.