5 Reasons to Watch FX's 'The Strain' 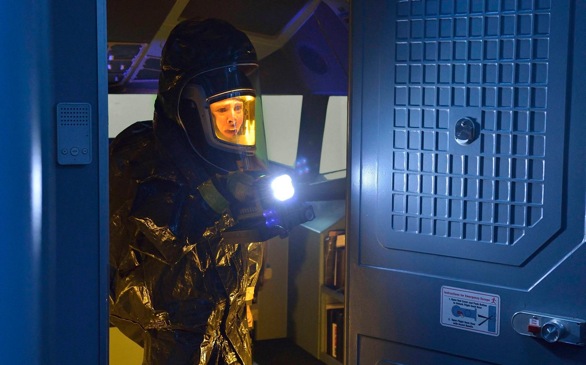 Guillermo Del Toro (Pacific Rim, Hellboy) and novelist Chuck Hogan (The Town) have a new show premiering July 13 on FX called "The Strain," which is about a mysterious viral outbreak with hallmarks of an ancient and evil strain of vampirism that terrorizes New York City.

Oh yeah, this show has all the makings of an addicting thriller that might dethrone—do we dare say?—"The Walking Dead!"

Here are five reasons why it will be your new must-watch, binge-worthy show.

1. It's like "The Walking Dead" but not really. Think of "The Strain" as the AMC show but with vampires instead of zombies! Yes, vampires seem to be overdone since the whole Twilight "phenomenon," but these are not your sexy, stereotypical vampires. These are grotesque, repulsive monsters that do not resemble humans. They're literally viruses.

2. It's freakin’ Guillermo Del Toro. Sure, some of his previous work might not be everyone’s cup of tea, but one thing we know for sure is that he is a master at creating fantasy, other-worldy creatures.

3. FX has invested $500,000 for creature creation alone, which is quite a large amount of money to invest in a new show. This just shows the network is commitment to seeing it through and making sure it succeeds. Also, FX has shown over the years that it can do dark material well. After all, this is the network that brought us "American Horror Story."

4. Carlton Cuse, who is another big name behind this show, was the producer of "Lost." With Cuse in charge of production, we can expect many twists that will keep us hooked.

5. There will be a definitive end. This is a good thing, because it means we will most likely get all the answers we want by the end of its run. Also, it means it won’t feel like it’s dragging on with no purpose, like other shows we have seen.