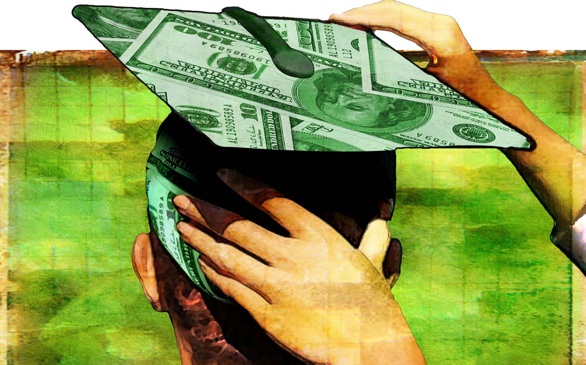 Interest rates are set to increase again on Tuesday, July 1.

For those taking out federal Stafford loans between July 1 and June 30, 2015, expect to see the interest rate jump from 3.86 percent to 4.66 percent. For graduate students taking out Stafford loans, the rate will increase to 6.21 percent from 5.41 percent.

Although these increases seem drastic, don't worry yourself too much. The interest hike won't hurt borrowers in the short term.

However, students should keep in mind that interest rates will continue to increase. "Given that we’re in a period of very low interest rates right now, there’s nowhere for rates to go but up," Mark Kantrowitz, senior vice president of Edvisors (an organization that helps families figure out a financial plan for college) told TIME.

Kantrowitz also told CNBC that he expects we will see federal student loan rates hit "the maximum rate caps, which are as high as 10.5 percent for some loans."

And he's probably right. In 2018, we can expect student loan interest rates to reach 7.7 percent, predicts the Congressional Budget Office.