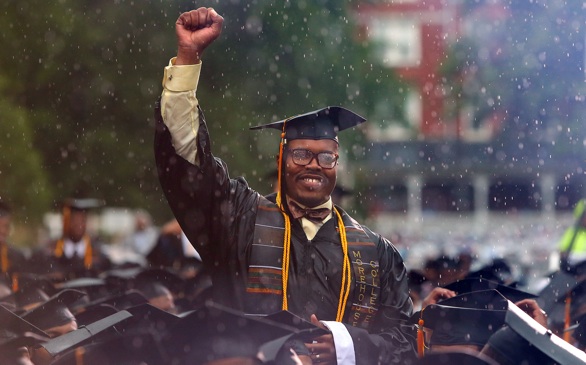 Historically black colleges and universities, also known as HBCUs such as Spelman College, Morehouse College and Howard University, have always had the intention of providing black and low-income students with a higher education. But lately, these colleges’ need to survive have forced them to branch out to different races and become "less black," reports TIME.

Nationwide, an average of one in four HBCU students is not black, according to research conducted at the University of Pennsylvania’s Graduate School of Education.

Since HBCUs are straying far from their original mission, people are starting to question these schools’ credibility and special funding. The government sets aside more than a quarter of a billion dollars a year in special funding for these schools, and the Historically Black College and University Capital Financing Program also awards them federal loans. Last year, HBCUs received $303 million from the program.

Some argue HBCUs' goal has been altered to “to help those who have few other college options.” Anthony Bradley, a professor at The King’s College in New York City, stated that this goal “doesn’t set [HBCUs] apart from community colleges.”