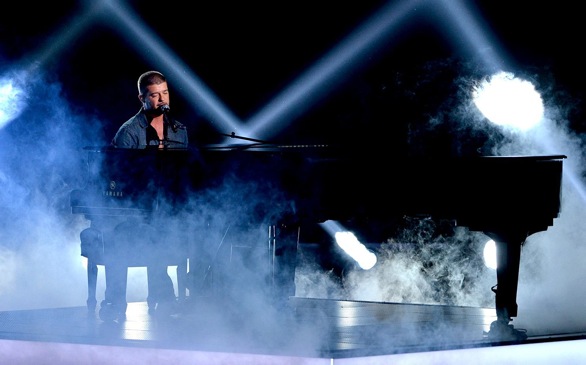 The BET Awards aired Sunday night, and if you missed it, you won’t be able to keep up with the conversations that will be taking place over the next couple of days. Luckily for you, we're providing you with the most important highlights!

Hosted by Chris Rock and with performances by Nicki Minaj, Chris Brown and Iggy Azalea, it was a star-studded night to remember.

Here are a few moments from the show that are all the buzz right now:

The uproar in the crowd suggested one thing was clear: Minaj was dissing Azalea. When Minaj attempted to settle the crowd by saying, “No, no, no shade,” that just made it even more clear that she indeed meant to throw shade.

The “Super Bass” rapper ended her speech by praising BET and all that it has done for the black community, noting how black people have progressed from being excluded in television shows to owning their own network.

3. Chris Brown’s Epic “Loyal” Performance
The recently freed jailbird Chris Brown shocked the audience with a surprise performance of his song “Loyal,” and he performed with his friends Lil Wayne, Tyga and Travis Barker. While his performance was perfect, Brown’s choice to don an over-sized, plaid button-up was a bit questionable.

4. Robin Thicke’s “Attempt” at Winning Back Paula
Almost everyone knows the story of Robin Thicke and his estranged wife Paula Patton, especially after last night’s performance. While most artists use an award show performance as a way to impress and entertain the audience, Thicke used his to plead to his wife. He opened the song with, “To my wife to say I miss you, and I’m sorry.”

Thicke’s “Forever Love” performance was a wistful ballad covered in fog and interrupted by real tears. When the song ended, an old picture of Thicke and Patton, with her name written over the picture in huge letters, came on the screen behind Thicke. While some people believe this to be sincere and romantic, many can agree that it was a little bit pathetic.

5. BET Misspells Last Name of Iconic Artist
No award show would be complete without a mess up. Artist Lionel Richie was awarded the Lifetime Achievement Award…but BET made a typo when it misspelled his last name as ‘Ritchie,’ starting the trending topic #lionelritchie on Twitter.

6. Beyoncé and Jay Z Disappoint Fans
These two usually steal every show with their live performances, and viewers couldn’t wait for their BET performance to close the show. Unfortunately, fans were let down when they realized that the promised Beyoncé and Jay Z performance was a pre-recorded video of the duo performing “Partition” during a stop in Cincinnati on their tour.

7. A Powerful Moment: Then and Now
Amidst all the glamorous performances and memorable speeches, the most touching and somber moment occurred when BET Networks CEO Debra Lee appeared on stage to talk about this year’s 50th anniversary of the Civil Rights Act of 1964. She also introduced the winner of the BET Humanitarian Award, civil rights activist Myrlie Evers-Williams. Evers-Williams blew viewers away with her powerful speech. She said “some 50 years ago when I was widowed, I could only recall the television stations that would go black whenever someone of color would appear on the screen.”

8. Throwback to the ‘90s
It’s impossible to celebrate present achievements without a throwback to the past. Troop, Color Me Badd and Silk reunited on stage for a ‘90s throwback moment by singing a few R&B love songs such as “All I Do Is Think Of You” and “Freak Me.”

If you want to catch all of these moments that you missed, tune into the BET Awards Encore show that airs Monday, June 30 at 7 p.m. PST!