Many Calif. Community College Students Take 4 Years Instead of 2 to Graduate 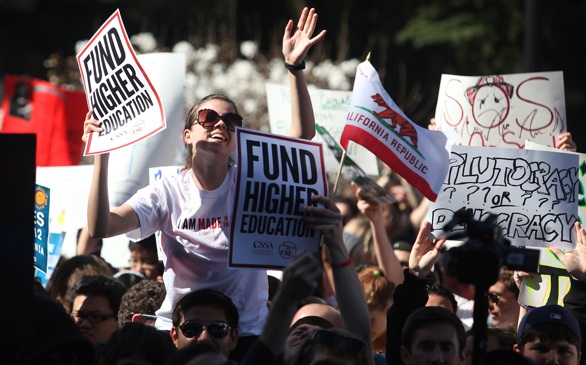 When many students decide to enroll in community college, they expect to graduate and/or transfer to a four-year school in two years, right? Well, according to a study done by the nonprofit Campaign for College Opportunity, about half the students at California community colleges take more than four years to graduate (via LA Times).

So, why does it take so long for students to complete community college? The study found that work and family responsibilities, "insufficient course offerings" and students' need to finish remedial courses all contribute to this problem. Also, community colleges' budget was cut by nearly $1 billion, which means they had to reduce class schedules. This has led to more students added to waiting lists, causing a delay in course completion and graduating on time.

And what's more, this extra time spent in community college is hurting students' wallets. The reports states that those who take four years to graduate from a Los Angeles-area community college will gain "an extra $120,000 in expenses and lost wages over his or her career compared to someone who finished in two years."

This study highlights a problem within the state's community college system that many have been aware of for quite some time now. The only way to fix this problem, as the report details, is by making it easier and more accessible for all students (including low-income students) to take remedial classes and obtain financial aid.

And of course, giving the community colleges that $1 billion back couldn't hurt either.