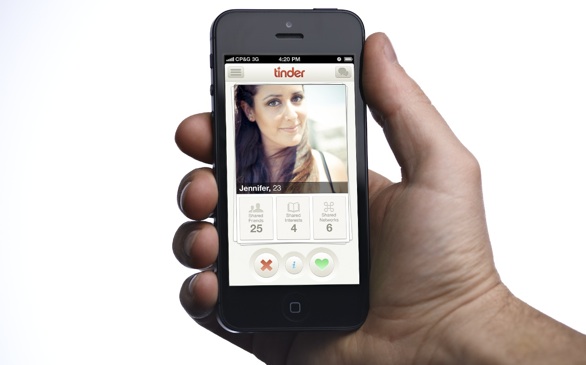 Tinder's former VP of marketing, Whitney Wolfe, is accusing one of the app's co-founders, Justin Mateen, of "extensive sexual harassment" (via Forbes). She's also claiming Tinder CEO Sean Rad witnessed and condoned Mateen's abuse, dismissed her complaints, and called her "annoying" and "dramatic" in addition to threatening her job.

IAC, Tinder's parent company, reportedly removed Mateen from his position, pending an "ongoing internal investigation." However, the IAC has not taken any action against Rad yet.

Multiple media sites report Wolfe and Mateen were once in a romantic relationship. The lawsuit alleges Mateen called Wolfe a "whore" (including in front of Rad) and told Wolfe he was "taking away her co-founder title because having a young female co-founder 'makes the company seem like a joke' and 'devalues' the company."

Tinder is a mobile dating app that allows users to find nearby "matches" by simply swiping through photos on the app. Once two users indicate they're both interested in one another, they can chat on the app and take it from there.

When we spoke to Rad and Mateen last year, they told us about Tinder's rising popularity among the college crowd. "Tinder is growing in college campuses mainly because we’ve created an experience that’s not creepy – when compared to other dating alternatives,” said Rad.

Lately in the media, we've had our attention directed elsewhere when it comes to sexual assault, harassment and discrimination cases: college campuses. Stories about colleges failing to properly handle sexual assault cases continue to be published, as the federal government continues to investigate 50-plus schools throughout the country, thanks to many federal complaints made by college females demanding justice and change.

As a result, these incidents have drawn attention to a college culture where women who report sexual assaults are often faced with sexual discrimination (read about Title IX here).

Similarly, as CNN Money points out, Wolfe's lawsuit asserts there is a culture of misogyny within the tech world and at Tinder.

Given that this dating app is evidently now popular within the college community, is it a surprise that the "frat-like," "alpha-male" culture that exists on campuses may also exist within this particular company's culture? It's hard to say, but this lawsuit definitely makes one wonder...

With the news of this Tinder lawsuit and, of course, pending the outcome of the internal investigation, I wouldn't be surprised if we start hearing more stories about sexual discrimination and/or harassment within the workforce or, more specifically, the tech and business worlds.