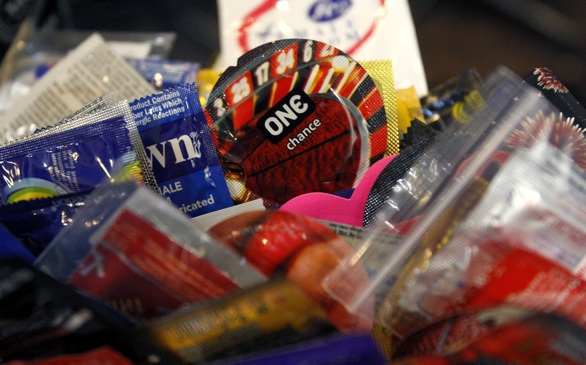 Condoms are an easy way to protect yourself from catching STDs.
(Credit: Matt Goins/Lexington Herald-Leader/MCT)

Yikes! Looks like many Californians either need to retake that high school sex-ed class or have another "safe sex " chat with mom or dad.

The state's Department of Public Health (CDPH) announced that the number of STD cases increased a lot in 2013, and young women had some of the highest rates (via LA Weekly).

But, there is a silver lining: the chlamydia rate decreased slightly for the first time in almost 20 years (woo hoo!).

"Sexually transmitted diseases can cause major health problems for people over time,” said CDPH director Ron Chapman. "This increase is concerning, particularly because STDs are preventable.”

And he is absolutely right.

To decrease the chances of catching an STD, all one needs to do is put on a condom, which are easily accessible at drug stores, gas stations, health clinics, any bar in West Hollywood, etc.

For those who refuse to wear condoms, the report also stated that reducing your number of sexual partners and/or being in a monogamous relationship can also protect you from STDs.

Still, if you're in a relationship, and you don't want to risk it, just wrap it up.