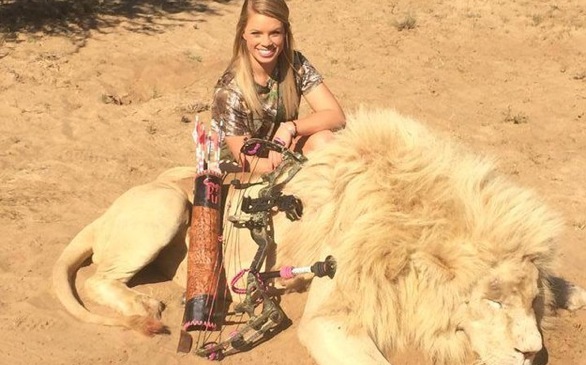 Remember the Texas Tech cheerleader who gained national attention last week after news about her posing with hunted, dead African animals in photos and then posting them on Facebook broke out? Well, Facebook has deleted every single one of her photos with a dead animal, claiming it "violated its standards."

Yep, her Facebook page no longer has the graphic photos of dead lions, leopards and other big game animals.

The Associated Press reports the company's statement said that it removes "reported content that promotes poaching of endangered species, the sale of animals for organized fight or content that includes extreme acts of animal abuse."

A few weeks ago, an online petition popped up, asking Facebook CEO Mark Zuckerberg to remove Jones' Facebook page all together, claiming it supported animal cruelty.

However, Jones stood her ground and even gained many supporters, who use the #SupportKendall hashtag on social media to stand up for the teen. They argue that hunting actually helps animal populations and wildlife conservation; it's not poaching.

Besides hunting, the 19-year-old has aspirations to have her own TV show. According to Buzzfeed, Jones will have an upcoming show that plans to air in 2015.