2014 Summer Box Office Isn't as Hot as Last Year's: What the Experts are Saying 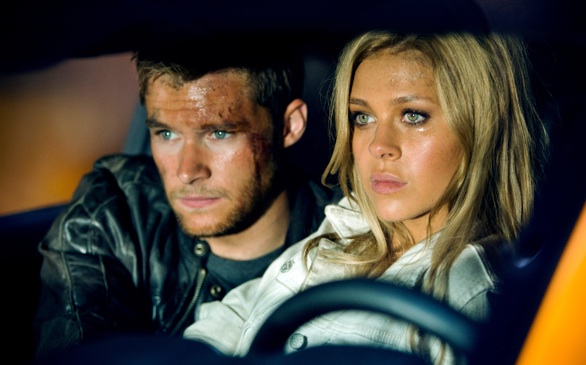 There's no doubt that this year's summer box office has cooled down, especially when compared to last year's.

As Variety reports, the box office is down nearly 20 percent (19.3 to be exact), despite the fact that Fourth of July weekend just passed with the premiere of Tammy, Deliver Us from Evil and Earth to Echo. Rentrak reports that from the first weekend in May to Independence Day, the box office raked in $2.3 billion—in 2013, it earned $2.8 billion through that same period.

Now, some are blaming this "drought" on the lack of mega-grossing films, the lack of a huge animated family film and too many sequels, and the Hollywood Reporter points out that this year might be the first time since 2001 that no event title will reach $300 million at the North American box office.

Box-office analyst Phil Contrino told the Reporter, “A summer of doubles and triples, or movies grossing between $80 million and $150 million, can make all the difference. We haven't had enough of those.”

However, according to Forbes contributor Scott Mendelson, this summer drought shouldn't be a surprise or cause for alarm. As he puts it quite simply, some of this year's summer movies just aren't as good as last year's, which is what we should’ve expected. Yes, there were quite a few hits this summer (see 22 Jump Street, The Fault in Our Stars and X Men: Days of Future Past), but not every film is going to be a huge winner like Iron Man 3 or Despicable Me 2.

“…this summer is down from 2013 mostly because summer 2013 was a record year, and you can’t break records every single time at bat,” writes Mendelson.

At the same time, we have to remember that some of 2013’s predicted hits actually turned out to be disappointments (does After Earth or The Hangover Part III ring a bell?), indicating that there are going to be megaflops and megahits every year.

Although the numbers don't lie, summer 2014 isn’t over yet, and the numbers could increase. Audiences are still anticipating the release of Dawn of the Planet of the Apes, Guardians of the Galaxy, Sex Tape and Teenage Mutant Ninja Turtles. These films could potentially do well and soar at the box office.

“A lot of these could surprise,” Contrino told the Hollywood Reporter. “It's a little premature to be too pessimistic."

And here’s how some of this year’s summer movies are doing thus far:

Blog
RSVP for screenings of The Phantom of the Open in NYC and L.A. on June 4th and 5th
597 views

Blog
Ray Liotta, star of ‘Goodfellas and ‘Field of Dreams,’ dies at 67
328 views