Don't You Wish Your Dorm Looked Like this Luxurious Drexel University Dorm? 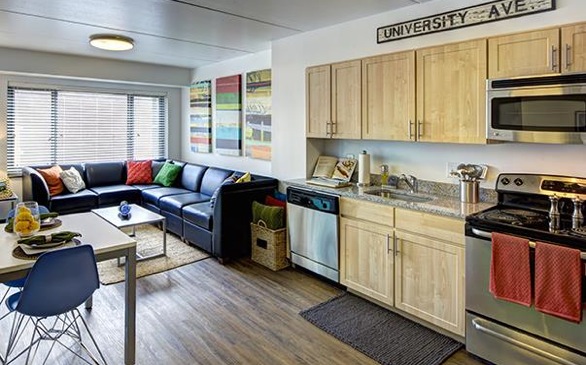 Wait—hold up! This is a resort, not a campus dormitory, right? I mean, isn't a campus dorm a small one-bedroom shoebox stuffed with two beds, no air conditioning and no TV?

Wrong. At Drexel University in Philadelphia, a dorm is much, much, much more amazing than your average dorm.

It's called Chestnut Square, and according to NBC News, it's a 361,000-square-foot luxury dormitory that houses 861 students.

According to its website, the residential building also has Foosball, billiards, a poker table, a video game room and an iPad bar. It's basically every college student's dream dorm (actually, at this point it's not even fair to call this place a "dorm." I prefer "college living heaven").

With so many extras you would normally find in an high-end apartment complex, you would think living in a "dorm" like this would cost you an arm and leg, correct?

Drexel student Mike Lynch told NBC News that living in off-campus housing would've actually cost him more money than Chestnut Square. Here, he pays about $870 a month. "It's a little expensive, but everything is included. You definitely get the most you can get for what you're paying," he said.

So, does that mean someday soon all colleges and universities will offer spectacular on-campus dorms with great amenities? Not necessarily.

"It's very difficult to paint the industry with a broad brush and say, yes, student housing is going to be good at 4,000 schools and universities around the country, that's not going to be the case," Christopher Merrill, co-founder and chairman of real estate investment firm Harrison Street Real Estate Capital, told NBC News.