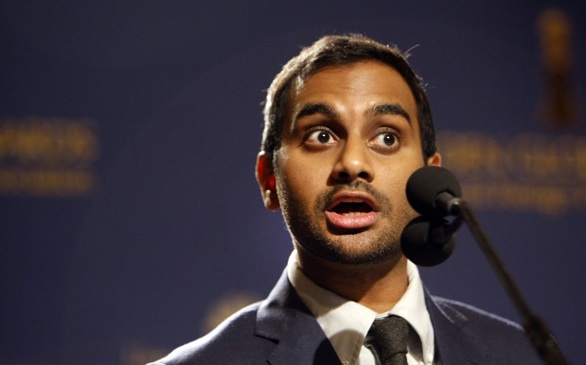 Just last summer, the “Parks & Recreation” actor and stand-up comedian released his comedy special, "Buried Alive," on Netflix. Now, Aziz Ansari is back with his comedy tour titled, "Modern Romance." The show has Ansari covering everyday life, pop culture and his views on modern dating, which explains the tour's title.

Ansari started working on material for his tour just over a year ago, most notably by doing an impromptu free show at Third Man Records in Nashville. As always, his material stems a lot from what is going on in his personal life, and during this phase of gathering material, he was experiencing the frustrations of being single and dating in the modern world.

In "Modern Romance," he discusses his observations and arguments over the complexity of modern-day dating. These include the effect social media has on relationships and our fear of missing out (or FOMO), which leads to so much of our flakiness. To emphasize this even further, part of his show relies on reading audience members’ romantic texts, particularly those who are dating new people.

Ansari also tackles dating apps, like Tinder, to further prove how silly love can make us and how much modern technology changes the dating scene today.

However, he also includes his own lovey-dovey moments with his new girlfriend by reading his own texts to her that include some creative metaphors on how much he cherishes his time with her.

The tour has already begun hitting cities such as Portland and Tampa. It will be coming to Los Angeles on Oct. 3 at the Orpheum Theatre. Tickets are on sale now through Ticketmaster.

Ansari is also currently working on a book about the influence of technology on love and sex, much of which his tour is contributing to.