By Susan King and Rene Lynch 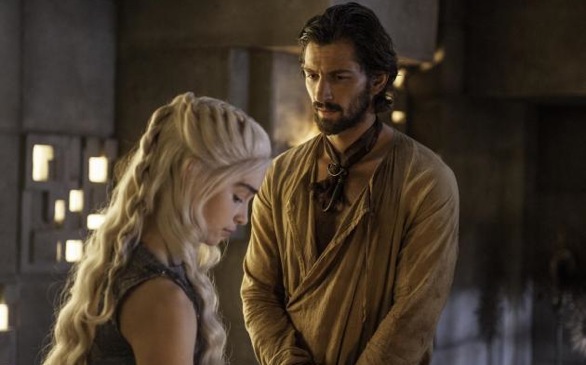 (Los Angeles Times/MCT) HBO’s “Game of Thrones” on Thursday morning dominated the nominations for the 66th Primetime Emmy Awards with 19, including for best drama series, while FX’s quirky miniseries “Fargo” followed behind with 18 nods.

The nominations mean that one of the most exciting races of the Emmy Awards will be in the best drama series category, with “Game of Thrones” facing off with “Breaking Bad,” “Downton Abbey,” “True Detective,” “House of Cards” and “Mad Men.”

In the best comedy series category, four-time winner “Modern Family” goes up against fellow veterans “The Big Bang Theory,” “Louie” and “Veep” and newcomers “Silicon Valley” and “Orange Is the New Black,” which led the pack with 12 nominations, including lead actress for Taylor Schilling.

“Breaking Bad” — the acclaimed series that ended its run last September — earned a total of 16 nominations, including nods for actor for Bryan Cranston and supporting actor for Aaron Paul.

Netflix was well represented in the Emmy nominations Thursday morning. Along with “Orange Is the New Black,” the streaming service’s political drama, “House of Cards,” earned 13 nominations, including its second best drama series nomination, and acting nods for Kevin Spacey and Robin Wright.

In the lead actor in a drama series category, Jeff Daniels — who won last year for “The Newsroom” — goes up against Cranston, Hamm, McConaughey and Spacey. Joining Wright in the lead actress in a drama series are Danes for “Homeland,” Margulies for “The Good Wife,” Lizzy Caplan for “Masters of Sex,” Michelle Dockery for “Downton Abbey” and Kerry Washington for “Scandal.”

In the lead actor in a comedy series category, Jim Parsons for “The Big Bang Theory” is nominated along with Gervais for “Derek,” Matt LeBlanc for “Episodes,” Don Cheadle for “House of Lies,” Louis C.K. for “Louie,” and William H. Macy for “Shameless.” Joining Louis-Dreyfus and Schilling in the lead actress in a comedy series category are Lena Dunham for “Girls,” Melissa McCarthy for “Mike & Molly,” Edie Falco for “Nurse Jackie,” and Amy Poehler for “Parks and Recreation.”

“American Horror: Coven” picked up 17 nominations, including best miniseries and best actress in a movie or miniseries for Jessica Lange. Joining “Coven” and “Fargo” in the miniseries category are “Bonnie & Clyde” “Luther,” “Treme” and “The White Queen.”

The AIDS drama “The Normal Heart” garnered the most nominations for a TV movie, with 16 nods, including best TV movie and one for its lead actor, Mark Ruffalo. Joining “Normal Heart” in the best TV movie category are “Killing Kennedy,” “Muhammad Ali’s Greatest Fight,’ “Sherlock: His Last Vow” and “The Trip to Bountiful.”

Joining Ruffalo in the lead actor in a miniseries or movie race are Thornton for “Fargo,” Chiwetel Ejiofor for “Dancing on the Edge,” Idris Elba for “Luther” and Benedict Cumberbatch for “Sherlock: His Last Vow.” Joining Lange in the lead actress in a miniseries of movie race are Sarah Paulson, also for “Coven,” Helena Bonham Carter for “Burton and Taylor,” Minnie Driver in “Return to Zero,” Kristen Wiig for “The Spoils of Babylon” and Cicely Tyson for “The Trip to Bountiful.”

Of course, there were surprises and snubs among the nominations. Critical darling Tatiana Maslany of “Orphan Black” was overlooked, while Gervais got a nod. And “Brooklyn Nine-Nine” and its star Andy Samberg, which won the Golden Globes award earlier for best comedy and lead actor in a comedy, failed to get Emmy nominations in either category.

The Emmy Awards, which will be hosted by comedian Seth Meyers of NBC’s “Late Night With Seth Meyers,” will take place Aug. 25 and will be telecast live on NBC from Nokia Theatre.

The nominations were announced by Mindy Kaling and Carson Daly from the Television Academy in North Hollywood.