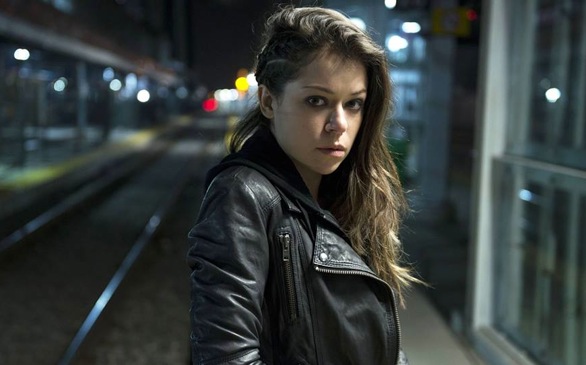 Perhaps no group was more outraged than fans of BBC America’s “Orphan Black,” who were reaching for their pitchforks when Tatiana Maslany, who plays close to a dozen different parts in the sci-fi series, was overlooked in the drama actress category for the second straight year. The Canadian actress has won fervent critical acclaim for her chameleonic performance as a group of wildly different clones, as well as smaller prizes such as the Critics’ Choice Television Award, but has yet to earn recognition from the famously habit-prone voters of the Academy of Television Arts & Sciences.

But Maslany and her admirers can take heart knowing that she was passed over in a what one of this year’s most fiercely competitive categories, where two-time defending champ Claire Danes was nominated once again for “Homeland,” alongside Kerry Washington (“Scandal”), Michelle Dockery (“Downton Abbey”) and Robin Wright (“House of Cards”). Julianna Margulies, who was passed over last year for her work on “The Good Wife,” returned to the category once again.

This left room for just one new entry, Lizzy Caplan, for “Masters of Sex.”

It also left an unusually talented field of casualties by the wayside, including Keri Russell, whose steely performance as a covert Soviet spy in the FX drama “The Americans” has (almost) made viewers forget her days as America’s sweetheart on “Felicity,” and Elisabeth Moss, a previous nominee for her role as Peggy Olson on “Mad Men.”

In a sign of the sheer depth of quality programming available on television, both traditional and otherwise, many dramas considered worthy were left out of the series category.

Even with a rule change that allowed for seven slots in the event of a vote difference of less than 2 percent between the sixth- and seventh-place nominees, several favorites were snubbed. If Twitter is any indication, the most egregious oversight was for “The Good Wife.” The CBS legal drama enjoyed renewed critical praise for its highly dramatic fifth season, and was thought to have a strong chance of reentering the category after a two-year absence.

Also overlooked was FX’s Cold War drama “The Americans,” a critical favorite that has yet to see its glowing reviews translate to awards recognition. (Lead actor Matthew Rhys was also snubbed.)

Former favorite “Homeland,” which dethroned “Mad Men” as outstanding drama series for its freshman season in 2012 only to endure an intense backlash in its sophomore outing, was similarly left out of the drama category, as was previous nominee “Boardwalk Empire.”

With the inclusion of “True Detective,” entered somewhat controversially as a drama rather than a miniseries, that left little room for the well-received newcomer “Masters of Sex” or pulpier fare like “Scandal” or “The Walking Dead.”

And there were also cries of foul when “Scandal” star Bellamy Young, who brought some humanity to her role as a scheming first lady on the political soap, was overlooked for supporting actress in a drama series.

On the comedy side, Golden Globe-winner “Brooklyn Nine Nine” failed to receive a nod, as did onetime darling “Girls.”

But a few surprising names managed to overcome the famous Emmys inertia and score nominations. HBO’s tech satire “Silicon Valley” was nominated for outstanding comedy series, and in probably the biggest surprise of the morning, Ricky Gervais was recognized for his role as a slow-witted nursing home employee in the Netflix comedy “Derek.”

Lena Headey, who plays the cruel queen mother Cersei Lannister on “Game of Thrones,” also edged her way into the supporting actress category. While the HBO drama has earned many technical nominations, with the exception of Peter Dinklage its sprawling ensemble cast has largely been overlooked in the main acting categories.