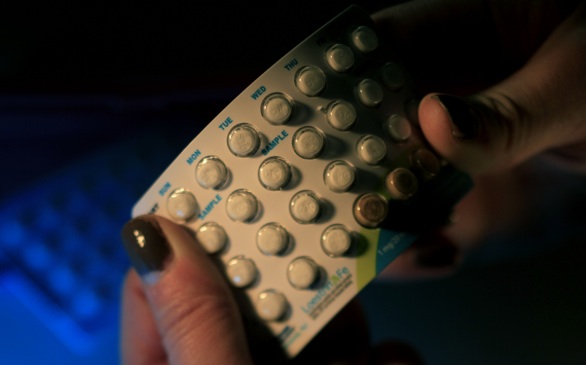 In case you haven’t heard, technology is about to get a bit physical. Now before your mind heads to the gutter, this is about the news on the Bill Gates-funded wireless, remote-controlled birth control chip.

The concept is that the device will be implanted in one of three places: abs, arm or butt (the Verge.com also hinted that it could come in the form of a “smart pill”). The chip will use electric currents to release a hormone called levonorgestrel every day. Women can decide to turn it off if they wish, and it is suppose to last for 16 years.

Now, while this may all sound cool, especially if you are really into sci-fi movies, we’re a little skeptical.

For one, if this magical device is to control women’s hormones, why couldn’t it be designed as a contraceptive for men and prevent sperm from being released instead? Seriously, why do women, once again, have to be in charge of preventing pregnancy? If you really think about it, this device just encourages that all responsibility should fall on a woman, since a man can end up blaming her for turning off the birth control and “trapping” him with an unborn child.

Another concern is safety. What are the possible long-term side effects? Implanting a foreign device in a human body comes with risks. Not only that, but because it is a computer inside of you, couldn’t it be proned to being hacked? Frankly, a microchip birth control sounds as if scientists are trying to make women some sort of bionic science experiment.

Surely this concept sounds cool, but it does seem a little too good to be true. Maybe Bill Gates needs to put his rich eggs in another basket.