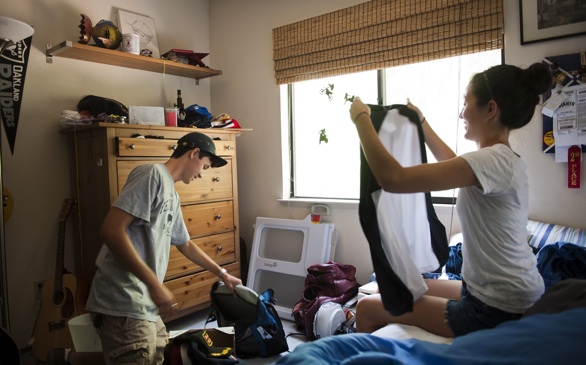 How can we increase the number of students returning to college and graduating?
(Credit: Lezlie Sterling/Sacramento Bee/MCT)

"It’s a worrisome sign," David Matthews, a VP of strategy development for the Lumina Foundation, told Inside Higher Ed. "We just added a bunch of people with some college and no degree." According to the report, approximately 36 million Americans have some college credits but no degree.

Although the report didn't uncover causes for this decline, it doesn't take a genius to understand that the today's economy probably had something to do with it. Times are tough. With tuition being too expensive for many students to afford, it's unsurprising that these students are dropping out of college after just one year, many of them probably looking for a job.

The problem with this, however, is that these jobs are likely "short-term" jobs. After awhile, these students may find themselves joining the unemployment group.

So, if the economy and college expenses are the culprits for deterring students from returning to school, graduating and obtaining a degree, steps must be taken. Whether it involves more resources for students to collect money for college—like crowdfunding sites—a decrease in tuition costs or more initiative by the government, something must be done to help these students return to college.

After all, college is supposed to be the best years of our lives—why shouldn't everyone have the means to enjoy all four of those years?