Students' Spending Habits: A Lot Spent on Weed, But Most Used for Living Expenses 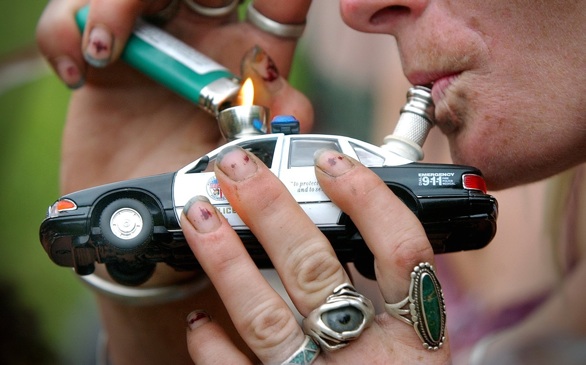 College students get a bad rep for their cannabis use, and in all honesty, it's easy to understand why. When I was in college two years ago, I remember rampant marijuana use in campus apartments, fraternity houses (not so much the dorms) and at parties. Also, it was so easy for my peers to get weed through a legit or non-legit dispensary or "dealer" (aka a friend or acquaintance who has a marijuana card).

So, it's no wonder that the media and parents assume a majority of students are a bunch of potheads. And movies featuring weed-smoking students, like Neighbors, certainly contribute to this common belief.

But now there is a recent study that actually examined students' spending habits when it comes to weed, entertainment and living expenses. The results may or may not surprise you.

Earlier this month, study Breaks College Media released an infographic detailing what students spend their money on (via Ladybud). Teaming up with sister company Shweiki Media Printing Company, the company surveyed more than 500 students, and found that although almost 3.5 million college students spend money on weed, a majority are spending more money on things they need to survive (like groceries), going out (to bars and restaurants) and having fun (music, shopping, etc).

Some of the findings:

-66 percent of students spend $1,200 or more on entertainment, grouping together bars, restaurants, fashion, music, alcohol and marijuana in this category.

-16 percent admitted to spending money on marijuana each month, though this number may be higher since some students were hesitant to answer.

-10 percent of students spend $300 or more per year on marijuana.

Truthfully, someone can argue that these findings support the idea that college students continue to waste their money on weed.

But another argument can be made that at least most students have their priorities in order. Items such as food should always come before weed, and this survey proves college students seem to understand that. I mean, what fun is smoking weed if you can't satifsy your munchies with pizza or Goldfish crackers, right?