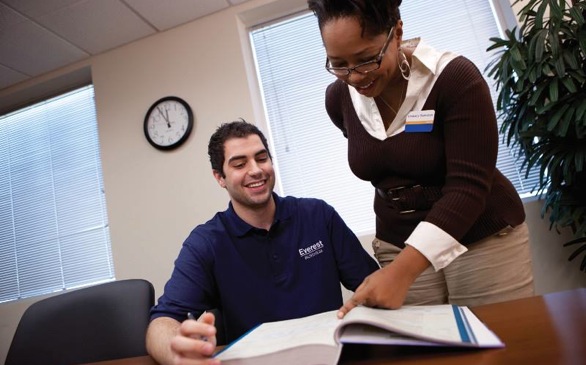 (Los Angeles Times/MCT) The California attorney general's office was unable to persuade a judge Friday to force an ailing for-profit college company to warn students of its dire financial situation.

Santa Ana-based Corinthian Colleges Inc. last week announced plans to sell off 85 of its 107 schools and close 12 others after the U.S. Department of Education restricted its access to federal student aid.

California Atty. Gen. Kamala Harris argued that, despite its uncertain future, the company has continued to advertise to new students in a "false and misleading" way.

A judge Friday morning denied the request for an expedited restraining order  and scheduled a full hearing on the matter for Aug. 13.

"Corinthian’s students are entitled to the same information Corinthian shares with its Wall Street investors," Harris said in a statement Friday. "We believe the sooner students get that information, the better."

Corinthian, which operates schools under the Everest, WyoTech and Heald brands, has been in the cross hairs of federal and state investigators for more than a year amid allegations that the company falsified job placement rates and other academic data.

The U.S. Department of Education last month put a 21-day hold on Corinthian's access to federal student loans and grants, which make up nearly 85% of the company's revenue. Corinthian told investors in a filing last month that the financial restrictions could force it to shut down.

Under an agreement reached last week with the Education Department, the company will sell off the vast majority of its schools and wind down operations at 12 others. All of the company's California schools will be sold.

The agreement requires that Corinthian make certain disclosures to current and prospective students about the situation.

Corinthian's schools will also be under scrutiny by an independent monitor. If the company does not abide by the agreement, the federal government can withhold further funding, which could effectively shut down the schools.

The attorney general's office objected to Corinthian's continuing to advertise that its schools offer "lifetime career services assistance" and are a "solid investment in your child's future."

In addition, Harris' office alleged that Corinthian has continued to advertise to veterans using their GI Bill benefits, even though California has suspended eligibility for all of Corinthian's schools.

The move for a restraining order was part of an ongoing lawsuit Harris' office filed against Corinthian last fall.

A Corinthian spokesman, Kent Jenkins, called the court's decision "a victory for our students and for due process."