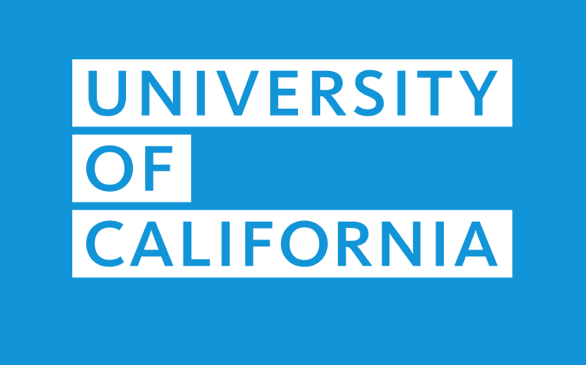 (San Francisco Chronicle/MCT) The University of California's nomination of a pro-Israel Jewish student to serve on the Board of Regents has exposed a long-standing rift among students concerning one of the world's most divisive issues: the conflict in the Middle East.

The regents will vote on whether to confirm Avi Oved as the student regent-designate on Wednesday at their meeting in San Francisco. But it will be over the objections of the UC Student Association, the university's student government, which urged the regents to delay the vote so students could investigate whether Oved accepted outside funding while running for election at UCLA.

Such donations are permitted at UCLA and require no disclosure, the Student Association's president, Kareem Aref, acknowledged in an e-mail.

The real issue - unstated in a Student Association press release but evident nonetheless - appears to be Oved's strong support of Israel. Debates about Israel and the Palestinian territories have proved nearly as intractable among students as the conflict itself. They argue over whether Palestinian sympathizers should be allowed to compare Israeli border guards with Nazis in campus demonstrations; they disagree over which students, Jews or Muslims, suffer greater discrimination on campus; and feelings are still raw about the "Irvine 11" - students at UC Irvine who were disciplined in 2010 for shouting down the Israeli ambassador as he tried to give a speech on campus.

Most of all, students argue about whether UC should boycott Israel and divest from companies doing business there.

Many others passionately support those actions, and agreement can be a condition for joining social justice clubs on some campuses.

So when UC said in May that Oved was its nominee for this year's student regent-designate - who attends regents meetings and becomes a regent with voting rights the following school year - his opponents went to work. They found e-mails they considered incriminating and shared them with the Student Association and campus newspapers.

"We are excited to represent the Jewish community and the ideologies of Israel and further strengthen our unwavering support," Oved wrote in a 2013 e-mail thanking Adam Milstein of the pro-Israel Adam and Gila Milstein Family Foundation for donating $1,000 to his campaign for a seat in student government.

In the note, published July 3 in the Daily Cal at UC Berkeley, Oved expresses satisfaction at helping quash a boycott and divestment resolution at UCLA.

Two days earlier, the Student Association's board of directors met to discuss Oved and the "allegations of conflict of interest and potential outside influence in campus elections."

The board asked students to comment and received about 200 e-mails reflecting a mix of views, Aref said. Oved also weighed in, calling the allegations "hurtful and deeply unfair."

"Any suggestion that I violated the election code by failing to provide information not required is spurious and is nothing more than an attack against me as a pro-Israel student," he wrote. "No similar demand has been made of any other candidate."

Oved also pointed out that despite working on numerous issues at UCLA, he has been criticized continuously "for the beliefs I hold on one issue: Israel."

Ultimately, the UC Student Association decided to pursue an investigation and ask the regents to delay Oved's confirmation.

"We have a duty to ensure that our students' concerns are being met," Aref said in a press release. "This new information just requires that we take a closer look to ensure Avi is the candidate we believe him to be."

In fact, Oved was among three finalists that the Student Association originally recommended to the regents, who made the final choice.

His nomination isn't the first time passions about the Israeli-Palestinian conflict have been used to try to influence who can represent UC students as a regent.

The current student regent-designate, who becomes a full regent on Wednesday after Oved is confirmed as the designate, is Sadia Saifuddin, a practicing Muslim.

A year ago, pro-Israel groups urged the regents to reject Saifuddin for co-sponsoring a successful boycott and divestment resolution at UC Berkeley, where she majors in social welfare. The community groups accused Saifuddin of fomenting a "toxic and hostile" environment for Jewish students.

Regent Dick Blum abstained from the unanimous vote confirming Saifuddin, saying: "If you're going to be the student representative, you have to represent all students. You don't want to alienate them."

On Wednesday, Regents Bruce Varner and George Kieffer told the UC Student Association they won't postpone Oved's nomination and said he had complied with all rules.

Saifuddin declined to comment. But when Oved was nominated in May, she called him "an enthusiastic and capable leader" and said she looked forward to working with him.

Oved tackled their potential differences directly at the time.

"It's a beautiful statement on behalf of UC to have a Muslim and a Jewish student working together, regardless of political or cultural differences, in order to improve higher education," he said. "I hope this serves as an example for communities on campus (to) focus on the similarities between one another rather than their differences."