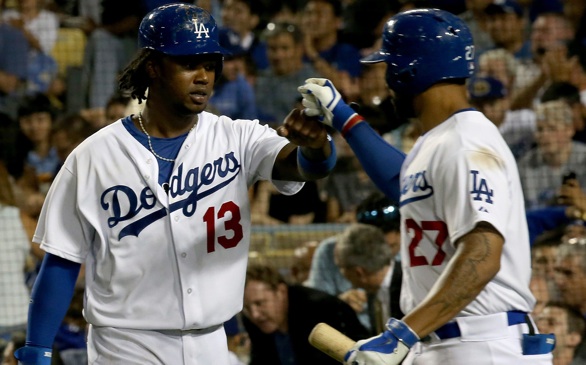 (Los Angeles Times/MCT) When Mike Scioscia of the Los Angeles Angels was the American League manager in the 2003 All-Star game, he said he apologized to players before the game. In the past, he told them, he would have been sure to get each of them in the game. Now, maybe not.

That year was the first time Major League Baseball used the All-Star game to decide home-field advantage in the World Series. The players understood Scioscia’s reasoning: the game counts.

Tuesday’s All-Star game at Target Field in Minneapolis will be the 12th time the game has counted for something.

How much that something really matters is debatable.

Intuitively, home-field advantage in Game 7 of the World Series should be important. So how many games has that been worth historically?

The home team is 18-18 in World Series Game 7s. That’s right: home-field advantage in Game 7 has, quite literally, no advantage at all. And since 2003, when the All-Star game began to decide the home team, the World Series has gone to seven games only once.

Right now, the Los Angeles Dodgers own the best record in the National League and the Angels have the second-best record in the majors, so there’s a pretty good chance that at least one team will reach the playoffs. So presumably they should care who wins the All-Star game because it could potentially help them later, right?

Well, maybe not so much. Albert Pujols, who has played in three World Series, thinks the All-Star game might not count as much as advertised.

“I think when you’re in the World Series, I don’t think anybody thinks about home-field advantage,” Pujols said. “You pretty much give everything you have for those last seven games.”

There are a few holes in that theory though. For starters, the home team has won the last 10 Game 7s, starting with the 1982 World Series.

And home-field advantage plays a role in more than only Game 7. Over the last 20 years, the home team is 64-44 in World Series games, meaning it is 19 percent more likely to win than the road team.

Not surprisingly then, the home team has won 16 of the last 20 World Series, indicating that an early Series lead can build momentum. The 20-year sample size is small, but the trend sticks even back when the home team was determined arbitrarily — more arbitrarily, that is, than awarding it to the league that wins the All-Star game.

The concept of connecting home-field advantage to the outcome of the All-Star game was born after the 2002 All-Star game, which was ruled a tie after 11 innings when both teams ran out of pitchers. The next year, with the new rules in place, Scioscia decided the game was important enough to manage competitively.

“There’s an inherent advantage to having that extra ... game be at your park,” Scioscia said. “So I think it’s a tangible advantage.”

The extent of the advantage varies by team. A designated hitter is used when World Series games are played in AL parks, but not when the National League team is at home.

The Angels are built for AL rules. They are fueled primarily by their potent batting lineup.

Still, Dodgers right-hander Zack Greinke said that an AL team would always have the advantage in its home park.

He allowed that the Dodgers are “able to handle it better than some other teams.”

Dodgers second baseman Dee Gordon couldn’t contain a big smile just thinking about the game, which had nothing to do with what was on the line.

“I think it’ll be the same for me,” said Gordon, a first-time All-Star. “Because it’s the All-Star game.”

The question of whether any World Series advantage should be determined by a midseason exhibition game flares up pretty much every season at this time. But by now, a strong precedent has been set.

Changing the rule, Scioscia said, is “probably a conversation for a different time.”