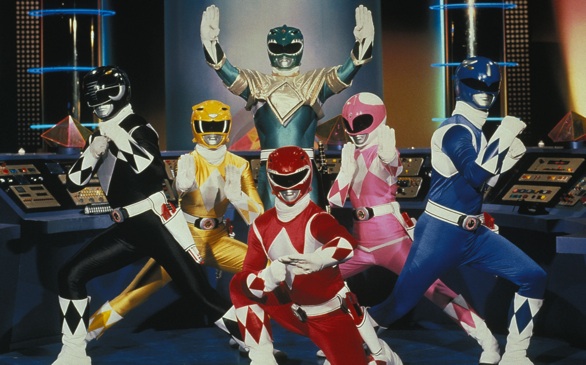 It looks like diehard Power Rangers fans are one step closer to getting the reboot they've been waiting for: the Hollywood Reporter has learned two writers and an executive producer have been chosen for the new film!

Ashley Miller and Zack Stentz will be handling the script for the Power Rangers reboot, and Roberto Orci will be the executive producer and developing the story.

Miller and Stentz both wrote the screenplay for X-Men: First Class and Agent Cody Banks, as well as episodes for "Fringe" and "Terminator: The Sarah Connor Chronicles."

The announcement of this creative team basically means one thing: the new Power Rangers movie better be the "bee's knees," or else a bunch of '90s babies everywhere are going to be sorely disappointed.

Since then, the Power Rangers have survived and thrived, thanks to countless movies and TV shows that still air to do this day.

However, the announcement of this new Power Rangers movie with franchise creator Haim Saban as a producer is what's exciting the first breed of fans. In addition to Saban's involvement on the film, Brian Casentini ("Power Rangers Megaforce," "Power Rangers Samurai" ) will be head of development and production, and Allison Shearmur (who oversaw Hunger Games and is producing the upcoming live-action Cinderella) is also producing.

So, it looks like if everyone on this creative just repeats what they've done on other films (excellent writing, staying true to the story, creative casting, etc.), there's no reason fans shouldn't be getting a kicka** Power Rangers reboot.

And hey, if this team really needs help with casting, we're more than willing to offer our suggestions!