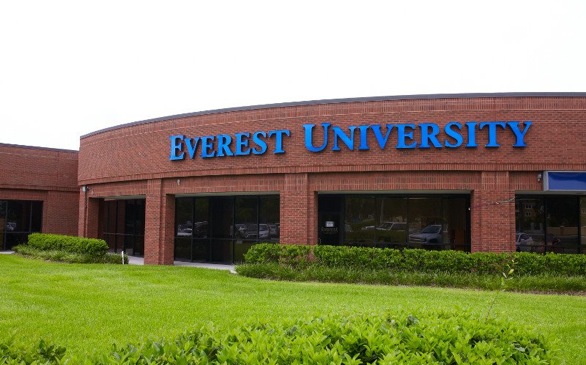 (Los Angeles Times/MCT) After wrapping up a nine-month electrician training program at Everest College-San Bernardino in 2011, Kenneth Dewar hoped to get the career placement assistance he had been promised.

Then he spotted his own photo on a campus wall featuring "successfully placed" graduates. The school had counted his sporadic gigs as a freelance audio engineer, work he secured before ever enrolling.

"I was a mark in their book, and they didn't want to change it," said Dewar, 39, whose attempts to get placement assistance went nowhere.

As federal regulators move to shut down Everest's parent company, Corinthian Colleges Inc., corporate documents and interviews with company insiders provide a behind-the-scenes portrait of how Corinthian persuaded hundreds of thousands of low-income students to fork over as much as $40,000 for vocational degrees.

Interviews with staffers and students, along with government lawsuits and company regulatory filings, reveal a systematic effort to manipulate data used to recruit students and retain eligibility for federal student aid -- the lifeblood of company profits.

Federal and state investigators have long viewed Corinthian, based in Santa Ana, as one of the most problematic players in the troubled for-profit college industry, which has come under scrutiny for predatory marketing.

The student loan pipeline fueled the company's rapid enrollment growth, peaking at more than 110,000 students in 2010. Corinthian charges students up to 10 times the cost of a comparable community college education. That requires many of them to take on more debt than they can repay -- leaving taxpayers on the hook for mass defaults.

"It just made you feel dirty after a while," said Tyrone Gaines, who worked in corporate marketing and training at Corinthian's Santa Ana headquarters for three years ending last July. "They don't make money; they take money from the taxpayers. That's their whole business model."

Corinthian spokesman Kent Jenkins declined to make company executives available for interviews. In a statement, he said there is "clear evidence that students at Corinthian Colleges are well served by their education."

Nearly 37% of students who left Corinthian's schools in 2008 defaulted on their loans within three years, according to a Times analysis of federal student loan default data.

The reliance on federal money became a choke point last month, when the U.S. Department of Education suspended the company's access to student aid, pushing Corinthian into a cash crunch. In a regulatory settlement, the company agreed this month to sell 85 of its 107 campuses and online programs, and close 12 others.

Only a fraction of Corinthian's student body, now down to 72,000, will be eligible for automatic tuition refunds. Those attending the schools slated for sale won't get their money back; students in programs targeted for closure can request a refund.

Corinthian typically charges $17,000 to $19,000 for a nine-month vocational certificate program, according to government filings. It charges an average of $40,000 for a two-year associate's degree.

Corinthian's collapse is a warning to the industry, said Ben Miller, a former senior policy advisor at the U.S. Department of Education and now an analyst at the New America Foundation, a nonpartisan think tank in Washington, D.C.

"The easy revenue model was finding warm bodies that could tap into federal funds," he said. "Now it's time to take a step back, weed out the really problematic actors that have popped up, and move toward a new business model."

Boosting job placement figures was part of a larger pattern of Corinthian's massaging data on student success, including graduation rates and loan defaults, according to former employees and company records cited in government lawsuits.

Chris Rubacha taught criminal justice classes at Everest's City of Industry campus from 2009 to 2011. He said he felt pressure from superiors to pass poor-performing students so the school could keep collecting tuition and boost graduation rates.

In one instance, he tried to fail a student who rarely showed up for class or completed assignments. Administrators changed the woman's grades to pass her, he said.

"It's all smoke and mirrors," Rubacha said. "They were just chasing the numbers."

Corinthian relied on carefully scripted marketing to sell students on the dream of improving their lives through education. A sales force of nearly 2,000 admissions advisors was evaluated daily on the percentage of inquiries converted into enrollments.

Internal presentations instructed admissions workers to overcome "common objections" of students, especially concerns about tuition cost or whether credits would transfer to four-year universities -- which don't, in most cases. Employees were instructed to dodge questions.

"You can easily kill the obstacle without giving away too much information," read one presentation.

Corinthian said enrolling students must sign a disclosure that makes clear credits are unlikely to transfer.

Toya Smith, who worked in career services and admissions at an Everest College in Houston, said she was instructed to seek out employers with high turnover rates because of bad management or low pay. That allowed Everest to connect many students with the same company in a short period of time, she said, driving up placement rates -- a key metric for federal student aid eligibility.

"It's not a department set up to help the graduates actually seek out a career," Smith said. "It was just a way to sell the dream."

Heidi Vella, 50, has struggled to keep up with the more than $13,000 in federal and private loans she took out for a nine-month surgical assistant program at Everest's campus in Reseda. Graduating in 2010, she searched for nearly two years before finding a temporary job in her field.

She now hands out food samples at a Santa Clarita Sam's Club for $11 an hour.

"If I ever thought that my life would be where it is now, I never would have gone to Everest," she said. "It's made my life worse."

During the recession, Corinthian's business boomed as the unemployed sought refuge in higher education.

Corinthian targeted uninformed, low-income consumers -- those with "low self-esteem" who were "unable to see and plan for the future" and had "few people in their lives that care about them," according to internal Corinthian documents referenced in the attorney general's lawsuit last year.

"You've got people who are crying in their chairs, thinking that you're really there to help them," said Smith, the former employee at Everest College in Houston. "If you're a good rep, you're going to turn that around and use it against them to convince them to come to school."

Low-income students also tend to qualify for the maximum in federal loans and grants, allowing them to afford Corinthian's high tuition -- at least until they graduate.

In 2010, as graduates entered a brutal job market, the defaults on federal loans piled up. That worried investors, so Corinthian executives sought to appease them with promises to aggressively manage default rates and avoid federal sanctions, according to records of investor conference calls.

The company had employees and contract workers call students to persuade them to apply for forbearances or deferments, available to eligible borrowers who can't find steady work. The students got token freebies, including McDonald's gift certificates; the contractors got bonuses for convincing them, according to company documents obtained as part of a U.S. Senate investigation of the for-profit college industry.

The strategy effectively delayed potential defaults, but didn't prevent them.

For example, federal data show that 19% of Corinthian's 2008 students defaulted within the two-year time frame examined by the government, but the rate nearly doubled to 37% within three years, after the government stopped looking.

The company also struggled to meet a federal requirement that 10% of the school's revenue must come from sources other than government aid. That could be either cash or private student loans.

Corinthian responded with tuition hikes of up to 20% in 2011, a move intended to force students into private loans, the company said in conference calls with investors. The tuition increases pushed many students beyond the maximum they could borrow in federal student loans.

The company acknowledged to investors that it expected more than half of students to default on the private loans, which initially had interest rates ranging from 12% to 18%.

In a written statement, Corinthian said it had little choice but to raise tuition. The government, the company said in a statement, should allow the company to derive up to 100% of its revenue from federal loans and grants. Requiring 10% from other sources "fails to take into account the realities of the demographic we serve," the company said.

The main third-party lender for Corinthian's private loan program abandoned the partnership this year. Unable to find a replacement, Corinthian began issuing the loans itself, which ate into cash flow by $4 million to $8 million a month, according to company estimates.

Now that regulators are forcing Corinthian to sell campuses, analysts do not expect buyers to pay much for Corinthian's brands.

"These are going to be fire-sale prices," said Trace Urdan, an analyst at Wells Fargo Securities.

Corinthian graduates, meanwhile, are left to question the value of their education.

Eva Garcia, 25, attended Everest's City of Industry campus in 2008 and 2009 after giving birth to a daughter. She was attracted by assurances of plentiful jobs in medical billing and coding.

Now she finds herself unemployed with nearly $6,000 in debt. The only job Everest helped her get was a temporary placement as a hospital receptionist, she said.

She has since taken Everest off her resume. Most employers viewed it as a mark against her, she said.

"It was messed up, what they did to us, making us believe there was going to be this big opportunity," she said. "I wish I hadn't wasted my time, or my money, or my daughter's first year coming to that place."