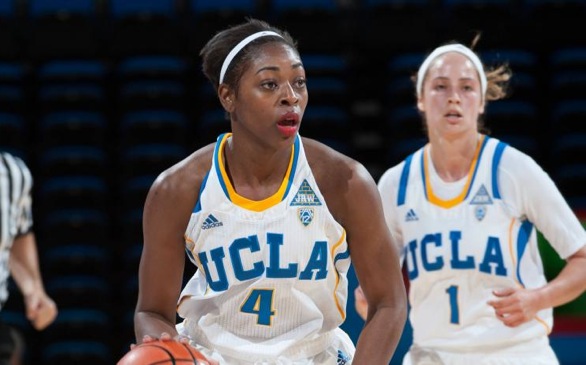 Holiday was a freshman at UCLA in the fall of 2012 but played in only three games before a head injury ended her season. She sustained at least four more head injuries over roughly the next 15 months, and played in her final game on Dec. 30 of last year against USC. Losing her balance after being screened, she was accidentally struck in the head by a knee.

In a Times article published in February, Holiday, 20, said she believed she had suffered at least six head injuries in her basketball career.

Asked for details by reporter James Barragan, she replied, “To be honest, I don't really remember. . . . My memory is really bad now because of them.”

UCLA Coach Cori Close said in a university news release that Holiday would remain with the team as an undergraduate assistant coach while working toward a degree in sociology.

“She is a spectacular athlete and would have been a really great basketball player here at UCLA,” Close said. “Even though her impact won't be seen by our fans on the court, her impact will still be felt by our team.”

The decision to retire came after Holiday met with UCLA team doctors as well as her personal physicians, she said in the news release.

“Not being able to play basketball is going to be tremendously hard because I have spent most of my life playing basketball and being a student-athlete,” said Holiday, whose older brother Jrue played for UCLA and is now with the New Orleans Pelicans. “But still being able to be part of the Bruins' women's basketball family is what is going to help me make it through this challenging time.”

The damaging effects of sports concussions are often discussed in connection to football, but their impact in women's sports — basketball and soccer in particular — is significant.

Women who play basketball and soccer at the high school and college levels are far more likely to suffer a concussion than their male counterparts, according to a 2013 study by the American Academy of Neurology. In high school basketball, they are more than five times as likely — .60 in 1,000 games compared to .11 for males. In college, the ratio is nearly 2 to 1.