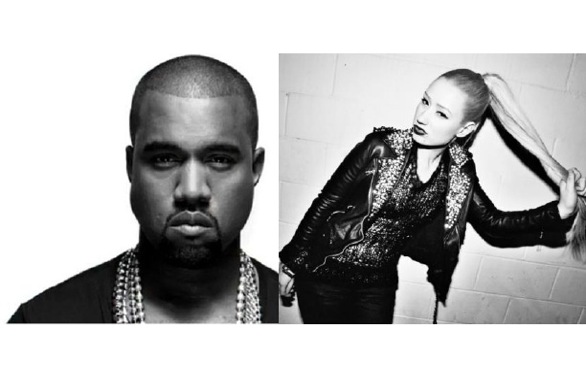 If you were one of those people who purchased tickets to Los Angeles' Made in America festival but got seriously pissed when you learned that Kanye West was headlining the Philadelphia show instead of the one in L.A., get excited, because Mr. West will be performing at the L.A. show!

Budwesier's Made in America festival that's taking place in L.A. (and Philadelphia) on Labor Day Weekend will feature West on Sunday, Aug. 31. Also added to mix is female rapper Iggy Azalea, who will be headlining the L.A. show on Saturday, Aug. 30.

Sure, without West and Azalea, the L.A. line-up would've still been strong, with Imagine Dragons, Kendrick Lamar, John Mayer, Steve Aoki and others. But seriously, it seemed extremely unfair that Philly got Kanye West—KANYE WEST—and L.A. didn't.

So, if you're looking to end the summer with a bang at L.A.'s first Made in America music festival and you haven't gotten tickets yet, single-day tickets go on sale Friday, July 18 on livenation.com. You can purchase two-day passes by going to Ticketmaster.

Check out the full line-ups for the Made in America festival:

Blog
Is this Green Day, in disguise, gleefully singing 'Ivankkka Is a Nazi'?
210 views

Blog
What's Ariana Grande been up to? Having tons of quar sex and making a great album about it
231 views

Blog
The Weeknd announces his ‘The After Hours Tour’ and album
1,599 views