UC Student Regent is Approved Despite Debate and Call for Delay 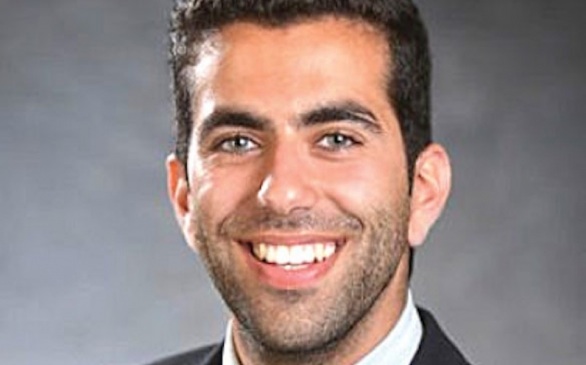 (Los Angeles Times/MCT) University of California regents on Wednesday voted to confirm a new student representative to the board, despite protests from a pro-Palestinian group and others that the Jewish student from UCLA may have a conflict of interest. His critics say he was supported by a donor who backs Israeli causes.

The regents voted to approve Abraham "Avi" Oved, who has served as internal vice president of the UCLA campus undergraduate student government and been active at the UCLA Jewish Student Union and the Hillel organization.

In the last few weeks, the group Students for Justice in Palestine contended that Oved had unseemly connections to Adam Milstein, a businessman who supports Israeli causes and has expressed opinions that they consider offensive to Muslims.

Milstein donated money to the UCLA Hillel for student leadership programs, according to Oved. The Hillel group gave financial support to the campus political slate that included Oved, he said.

But, Oved, whose parents emigrated from Israel, has denied directly taking any of Milstein’s money for his political races and has said opposition to his nomination to the board of regents arose because of own anti-divestment stance. Besides, Oved and his supporters note, UCLA has no rules banning donations to student campaigns.

Last year the regents selected Sadia Saifuddin, a UC Berkeley student government leader, who is now the voting student regent through the upcoming school year. Some Jewish organizations opposed her selection because Saifuddin, the first Muslim student regent, supported a campaign for UC to divest its holdings in companies that do business with the Israeli military.

Oved has been strongly opposed to such divestment and the regents are thought to be very unlikely to approve such a controversial financial move.

The UC systemwide student association recently asked the regents to delay the confirmation vote until their next meeting in September so the situation could be more fully investigated. Several student leaders, speaking at the regents meeting in San Francisco on Wednesday, said the board showed disrespect to student opinion by moving head with the vote on Oved.

In rejecting the call for postponement the regents said Oved had done nothing wrong. Regent George Kieffer, who chairs the committee overseeing the selection, noted that the UC student association previously had done much of the screening that led to Oved’s nomination. He said it would be “meaningless” to postpone the vote for an investigation since UCLA’s student election code does not require any disclosure of campaign donors.

Saifuddin was the only regent who voted against Oved. She said she was uncomfortable supporting his nomination when so many students wanted postponement.

“It is greatly troubling that students’ concerns are being dismissed,” she said. Yet, Saifuddin promised to work with Oved collegially and to guide him in his new position.

Oved has said that the debate about Middle East issues is not relevant to the most important problems facing UC. He said he wanted to work on such efforts as increasing financial aid at UC, increasing class offerings and helping victims of sexual assault.

He will serve for one year as the student regent designate, able to offer opinions but not vote on UC issues until he starts his term as a full regent in the 2015-16 school year.