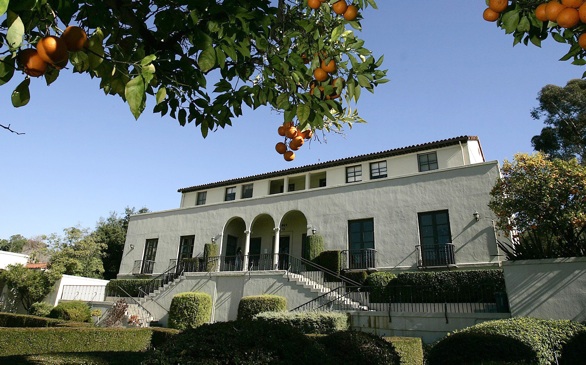 Occidental College is just one of the 67 schools under a federal probe.
(Credit: Brian Vander Brug/Los Angeles Times/MCT)

(McClatchy Washington Bureau/MCT) WASHINGTON — Sixty-seven U.S. colleges are under federal investigation for their handling of sexual assault cases. And prospective students have started to take notice.

“Schools are realizing that this is something that they have to stop (messing) up because it’s looking so bad for them,” said John Kelly, special projects coordinator at Know Your IX, a student rights organization focused on the federal law that bans gender discrimination on campus. “It’s not going to bode well.”

For colleges that had already been in the spotlight for mishandling sexual assault cases before this year, the national attention packed an extra punch.

“I have seen schools have demonstrable drops in enrollments when these kinds of situations end up in the newspaper when students say, ‘Our school isn’t being truthful about what crimes happen on our campus,’ ” said James Moore, the Education Department manager of the Jeanne Clery Act Compliance Team, which grew out of a federal law that requires colleges to report campus crime to the department. “The cover-up ends up hurting you more than the offense itself.”

College applicants select schools for myriad reasons. But does the handling of sexual assault by institutions of higher learning play a part in those decisions?

While admissions officers are careful not to point to it as the sole reason for the decline, applications to two elite colleges — Dartmouth and Amherst — fell by 14 percent and 8 percent, respectively, after recent high-publicity sexual assault cases on their campuses.

But one year’s numbers, though significant in these examples, don’t make a trend.

How the new national attention affects applicants’ decisions in the next admission cycle and beyond remains to be seen.

“If you have increased publicity about mismanagement, sexual assault or whatever — if it’s in the paper year after year — it may have a snowball effect on application numbers,” said Tony Bankston, the dean of admissions at Illinois Wesleyan University and a member of the Admission Practices Committee of the National Association for College Admission Counseling.

Looked at as a consumer protection issue, “buyers” — prospective students and parents — have become more informed about sexual assault as an issue on college campuses. With that savvy has come increased demand for accountability, such as accurate data about the number of sexual assaults in a year and compliance with related federal law.

“The White House can issue different statements, Congress can legislate new laws, but at the end of the day it’s really going to be prospective students, current students and alumni who keep up the pressure over time,” said Tracey Vitchers, the chair of the board of Students Active for Ending Rape, a student rights group. “That external pressure — when it comes to image, endowment size and recruitment — is very important to the school.”

Amid this push for transparency, more information is not only out there but also becoming easier to find. The number of reported sexual assaults on U.S. campuses has increased by 50 percent in the last decade, according to a Department of Education report released last month, which most likely reflects a cultural shift in comfort with reporting rather than a higher frequency of the incidents.

And increasingly, prospective students and their parents are seeking out that kind of information, said Alison Kiss, the executive director of the Clery Center for Security On Campus, a nonprofit advocacy group for the Title IV act.

But sexual assault remains one of the most underreported crimes. Though the Clery Act requires colleges to report incidents of sexual assault, stark inconsistencies remain from school to school. More often than not, colleges with higher reported numbers of sexual assault reflect an environment where students feel comfortable coming forward, not necessarily a campus rife with sexual violence, according to the Department of Education.

“What you often find is schools with higher numbers have simply done more to find out what the truth is,” Moore said. “They’ve been more transparent about it or they’ve created a safer environment for people to come forward. And if you do that, people will let you know what’s going on.”

Earlier this year, 12 members of the House of Representatives had urged U.S. News & World Report to incorporate sexual assault data in its rankings. Among them was Rep. Jackie Speier, D-Calif., who stressed that college applicants should have all information about a school at their disposal before deciding to attend.

“I think that for young women, if there appears to be a university that has a bad record … I think it’s going to have an effect on those women, who are going to decide, ‘Maybe I’ll go somewhere else,’ ” Speier said.

At the congresswoman’s request, U.S. News & World Report is reviewing other ways to include descriptive information — such as a school’s sexual-assault prevention programs and resources for sexual assault victims — in the college rankings issue. If it were to incorporate these details, it wouldn’t be until next year. Morse said the compilation of data for this year’s issue was complete.

At schools where highly publicized cases of sexual assault have occurred, admissions officers acknowledge uncertainty about how the increased attention to campus sexual assault might affect applications.

“To be honest, none of us in undergraduate admissions have a clear sense of how high school students are interpreting this important topic or how their interest in a particular college … might be affected by media coverage of the issue of sexual assault on America’s college campuses,” said Lee Coffin, the dean of undergraduate admissions at Tufts University.

After The New York Times reported Sunday how Hobart and William Smith Colleges had handled a sexual assault case, some of the upstate New York school’s incoming freshmen expressed concern about attending in the fall. One wrote on the school’s Class of 2018 Facebook page: “Not so sure I want to go to college anymore.”

Since their application numbers dropped, Dartmouth and Amherst have modified their sexual assault policies. The number of applications at Amherst, which fell in 2013, rebounded this year by 6 percent. Dartmouth’s dropped only this year.

“Schools that are very proactive about being open and honest, those schools, I think, over time will become more favorable than schools that are more about risk reduction for themselves,” said Vitchers, with Students Active for Ending Rape. “The best institution isn’t just about the education provided, but the support students receive over the four years they’re there.”