Report: 'Pay it Forward' Plan Would Put Students Deeper in Debt than Loans 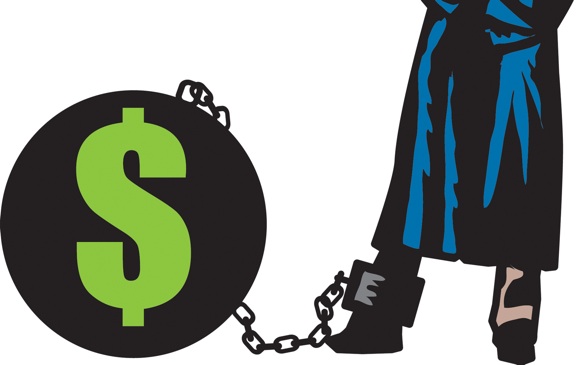 A new report highlights the financial strain the program would have on students.
(Credit: Chris Ware/Lexington Herald-Leader/MCT)

"Pay it Forward" (or "Pay Forward, Pay Back") at first seemed like a good idea when it was pitched by a group of Portland State University students in July 2013.

If approved, the program would eliminate upfront payment of tuition and fees; instead, students would "agree to a payroll deduction of 1.5 to 3 percent of their income for 20 years." In other words, after they've graduated and got a job, they would give a portion of their salary back to the school.

However, a new report states that this plan would actually have students deeper in debt than student loans.

The American Association of State Colleges and Universities' report includes many criticisms, but one of the biggest worries is whether students are better off taking out loans than participating in this program. "PIF's financial obligations could far exceed the cost of a traditional student loan simply because of the longer repayment terms," states the report.

Another problem with the program is that it wouldn't cover other college costs, like room and board; it would only cover tuition. And as many students could attest to, sometimes these other college costs are so high that students are forced to take out a loan to cover them. So therefore, "some, if not most, students participating in PIF would still have student loans in addition to PIF payments after completing college."

Advocates for the program believe "Pay it Forward" would increase college enrollment by getting rid of student loan debt, but these new findings are a cause for concern. Currently, the Oregon Higher Education Coordinating Commission has not made a decision on whether to approve the pilot program, but we could hear something by August.