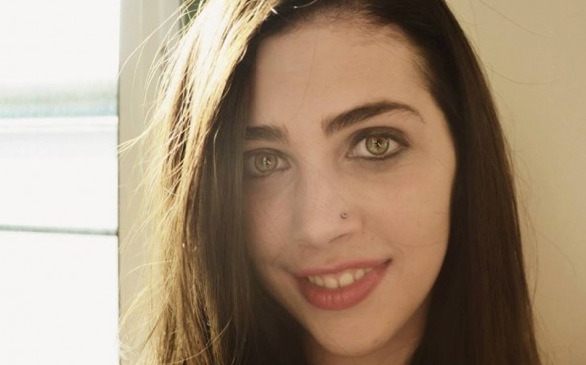 What happens when your parents find out that you're gay and instead of accepting you, they cut you off financially, erasing your dream of finishing college? You could give up, or you could do what 19-year-old Katie Koenig is doing: she's looking for help through crowdsourcing.

Koenig created a GoFundMe page and is asking for $15,000 in donations so she can stay at the University of Pittsburgh. She will be attending a local community college during the fall semester, but she needs the funds to cover her spring semester at the university.

"I have some money saved up from my summer job and a $6,500 school loan which will be used toward the second semester," writes Koenig on her page, "but I still need about $15,000 on top of that in order to make it through this school year."

When Koenig's parents found out that she was gay and dating a transgender male, they told her she was mentally ill and looking for attention.

'"My mother asked, "Do you want a penis now? If you’re dating this transsexual, transgender man, do you want to be a man too?" Koenig told the Daily Mail.

And instead of telling her she was cut off in person, Koenig's parents decided to draft a letter. "'Then they wrote me a letter to tell me I was cut off and to shame me for my personality and my sexuality," she said. "In the letter, they also said they’d found a few psychologists for me and asked me to get therapy and take medication, to cure."

When she learned her parents had disowned her, and her dream of attending the University of Pittsburgh was over, Koenig was upset. "I was on public transportation, and I started sobbing. My first thought was, 'How am I going to pay for second semester?" she said.

But it looks like the Enlish/History double major (with the hopes of someday being a novelist) might actually get her dream back; she has already raised more than $13,000 at the time of posting.