Indiana University Student Among Those Killed in Malaysia Airline Crash 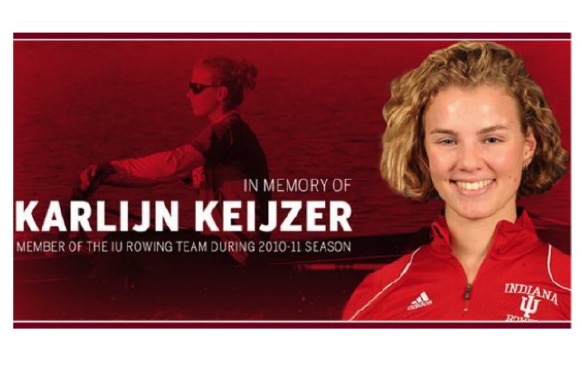 An Indiana University student from Amsterdam was among those killed when Malaysia Airlines Flight 17 crashed in Ukraine, killing all on board, the school said in a statement.

Karlijn Keijzer, 25, was a doctoral student in the chemistry department of the university's College of Arts and Sciences. She had earned her master's at the school and had been a member of the women's winning rowing team in 2011.

The school said she had been headed back home for a brief summer vacation.

“On behalf of the entire Indiana University community, I want to express my deepest sympathies to Karlijn’s family and friends over her tragic death,” Indiana University President Michael A. McRobbie said in a statement. “Karlijn was an outstanding student and a talented athlete, and her passing is a loss to the campus and the university. Our hearts also go out to the families of all the victims of this senseless act.”

Mu-Hyun Baik, an associate professor of chemistry and informatics, was Keijzer's doctoral advisor.

"Karlijn was a bright, talented doctoral student, a diligent researcher and a dear friend to all of us who worked with her in our research group," Baik said in a statement. "She was a kind, happy young woman full of ideas about the future. She inspired us all with her optimism about how science will make Earth a better place.

"Ms. Keijzer worked on several research projects, all related to improving human health," Baik said. "The last piece of research work she completed before heading out to catch her flight to her short summer vacation was preparing a computer simulation on bryostatin, an anti-cancer drug and a promising drug candidate for treating Alzheimer's disease."

“The Indiana Rowing family is deeply saddened by the news of Karlijn’s sudden passing,” Indiana head rowing coach Steve Peterson said in the statement. “She came to us for one year as a graduate student and truly wanted to pursue rowing. That year was the first year we really started to make a mark with the First Varsity 8 boat, and she was a huge reason for it. She was a phenomenal student and loved IU so much that she stayed here after she earned her master’s degree. Our condolences go out to her family and friends in this very tough time.”

The plane, carrying nearly 300 passengers and crew, crashed on Thursday in eastern Ukraine, apparently hit by a surface-to-air missile.