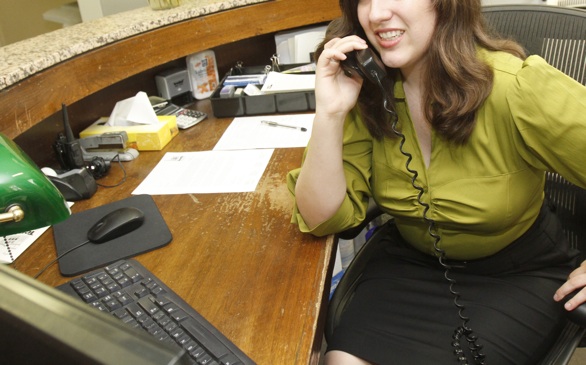 (MCT) Salaries for recent college graduates have risen at less than half the pace for all U.S. workers since the recession, an analysis by the Federal Reserve Bank of San Francisco found.

The study, released Monday, found that median earnings for recent college graduates rose only 6% between 2006 and 2013, compared with 15% for the workforce at large.

Such disparities have been seen in previous recessions, but the current trend "is substantially larger and has lasted longer," the report found.

Research has consistently confirmed the value of college. The Pew Research Center, for instance, has projected the lifetime earnings of graduates would double that of workers with high school diplomas.

But as student debt burdens increase and the economy slowly recovers, graduates are facing an earnings crunch that has far outlived the recession. And the slow start could hurt their earnings over the long haul.

Their struggles point to a broader lack of demand in the labor market, economists say.

"These are the most technologically competent, recently trained skilled workers," said Lawrence Mishel, president of the Economic Policy Institute, a Washington economic think tank. "If they don't have jobs at rising wages, then employers must not be desperate for them."

Cody Hounanian graduated in 2013 from UC Santa Barbara and has a steady job as a manager at Whole Foods in his hometown of Santa Clarita.

He's happy to be working, but he had planned for an entry-level position at a law firm — the first step toward applying for law school. But the competition was steep.

"There's a lot of people fighting for those jobs," he said. "I don't dog on myself; I think I'm doing pretty good. But I could be a lot closer."

Young college graduates offer a clear window into labor market trends because they aren't yet tied to a particular employer or career, said Bart Hobijn, a senior research advisor at the Federal Reserve Bank of San Francisco, who co-wrote the study.

Graduates are less tied down, so their struggles are a clear indicator of weak demand from employers, he said.

College graduates are particularly susceptible to wage stagnation during weak labor markets because they lack the experience, connections and job protections of older workers.

"There are just fewer jobs, particularly for that first rung on the economic ladder," said Rory O'Sullivan, deputy director of the Young Invincibles, an advocacy group that focuses on issues facing college graduates and young Americans. "If you're hiring by seniority, the young people are going to be the first fired and last hired."

Researchers at the San Francisco Fed had a key question in their research: Are graduates getting different jobs that pay lower wages, or are salaries in the traditional career fields stagnating? The study concluded the latter: That graduates are entering the same fields at lower pay.

In the two most popular categories for recent graduates — professional occupations and management, business and finance — median earnings grew just 2.6% since 2007. A similar trend applied across nearly all occupations.

Such sluggish earnings growth could dissuade potential college students from enrolling, the study warned, but avoiding college could hurt young workers even more.

A February study from the Pew Research Institute found that the unemployment rate for high school graduates who are 25 to 32 years old is more than three times as high — 12.2% — than workers the same age with bachelor's degrees.

But the equation for today's college graduates is complicated by fast-rising tuition and student debt. The total outstanding amount of student debt more than tripled between 2004 and 2012, to $966 billion, according to the Federal Reserve Bank of New York.

Entering the job market during an economic downturn makes that debt harder to pay back, the San Francisco Fed report found.

"Low growth in starting wages does not mean that going to college is a poor investment," the study concluded. "It just reflects that it will take longer to recoup the cost of the college."

For Hounanian, the Santa Barbara graduate, the promise of a lucrative career in the legal industry seems more distant than when he entered as a freshman. Between his loans for the undergraduate degree — and the much bigger debts he expects for law school — he expects a much longer wait to see a return on his investment.

"I always thought there's a lucrative future out there for me," he said. "I had an idea that I could do it young. But now it's almost forced upon me that it'll go into my old age. It's not quite so lucrative as I thought."