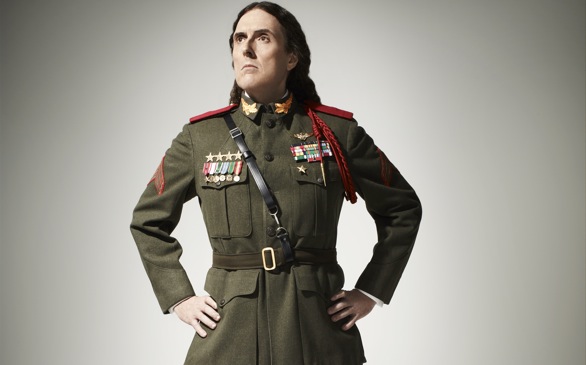 “Weird Al" Yankovic’s parody of the song “Ridin’” by Chamillionare ("White & Nerdy") started a new era in 2009. Teens praised the King of Parodies, but once he disappeared, everyone kind of forgot he existed.

Thankfully, “Weird Al" is back, and this time, he’s taking over the charts.

Yankovic sold more than 104,000 copies of his new album Mandatory Fun, nabbing his first No. 1 spot on Billboard.

The satirical artist released a video online every day for eight days earlier this month, causing him to become a viral Internet star. He even got more exposure than huge stars such as Jason Mraz, Beyoncé, Justin Timberlake and Jay Z in the last week.

The comic received money from Funny or Die, Yahoo! and College Humor to fund his videos.

According to ABC News, singer Pharrell was honored when he found out that “Weird Al" was making a spoof of his song. “He wrote me a letter and I was like, ‘Aww, what?!’” he said.