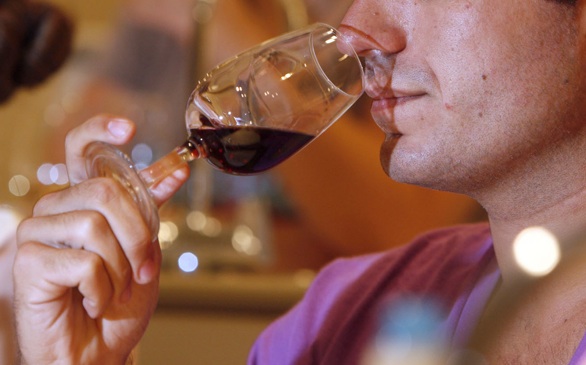 (MCT) College students under the age of 21 will be allowed to drink alcohol in class, as long as they're enrolled in a beer brewing or winemaking program and they refrain from swallowing, under legislation signed Monday by Gov. Jerry Brown.

The so-called sip and spit law, set to take effect next year, answers concern that some of the nation's leading oenology and viniculture schools are missing a key element. While several states allow minors to sample their alcoholic coursework, California does not, even as the Golden State stands as one of the world's top wine and beer producers.

"Not being able to get started with tasting during school is a big handicap," said Andrew Waterhouse, a professor of oenology at UC Davis, who testified in support of sip and spit at a hearing on the bill. "It's our job here to teach them these things."

At UC Davis, wine production classes have gone without the ability to sample the beverage as it evolves, Waterhouse said. The university has been forced to cater its program to the underage drinking prohibition by reserving tasting classes for a student's final semester, when he or she is likely to be at the legal drinking age of 21.

Wine producing programs at California State University Fresno and Cal Poly San Luis Obispo, as well as a handful of community colleges, will now be able to modify their curriculum. The legislation, sponsored by Assemblyman Wesley Chesbro, D-Arcata, applies only to public institutions with beer and wine degree tracks and students pursing these degrees.

Students who sample the libations must be at least 18, tasting under the supervision of an instructor and drinking solely "for educational purposes as part of the instruction in a course."