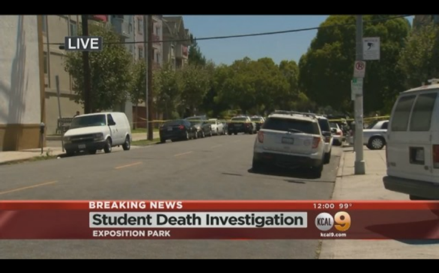 The Los Angeles Times reports that a graduate engineering student from the University of Southern California was found dead in his apartment located near the campus Thursday. It appears the 24-year-old student was a victim of an assault.

Officials found his body in City Park Apartments, reports CBS Los Angeles. Officials told the L.A. Times the death may have been a result of a head injury.

USC's Senior Vice President Elizabeth Garret said in a letter on the school's website, "From all early indications, this was an isolated incident and there was and is no apparent threat to the campus community."

NBC Southern California reports the letter also read, "We will wait for more information from LAPD before drawing any conclusions."

The student's name has not yet been released.

For USC, the death comes after the university amped up its security measures, following a 2012 Halloween on-campus shooting and April 2012 off-campus shooting that left two Chinese students dead.

The L.A. Times reports the this student victim was from China as well.

Campus News
In the Noah’s Ark of citrus, caretakers try to stave off a fruit apocalypse
306 views

Campus News
USC offers free tuition to families making under $80,000 and a break for homeowners
199 views

Campus News
‘Adulting’ is hard. UC Berkeley has a class for that
863 views