By Caitlin Owens and Matt Stevens 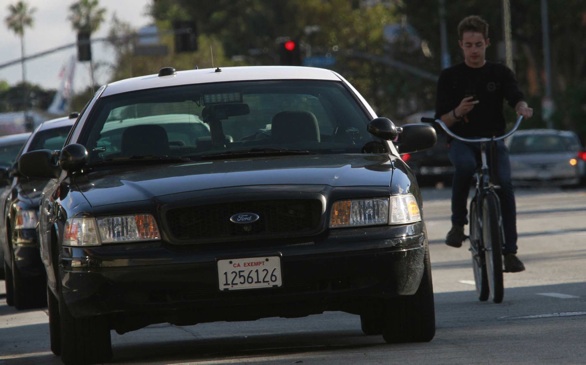 (MCT) The discovery Thursday of a dead Chinese USC graduate student inside his apartment served as a grim reminder of previous deaths on or near the campus in recent years that prompted officials to invest heavily in new security measures.

Los Angeles police said the 24-year-old student, who was not immediately identified, may have been the victim of an assault, but noted that the investigation was in its early stages.

Anshu Siripurapu, a junior undergraduate student who was on the fourth floor of the apartment complex Wednesday evening, called the death "shocking."

"It is a little disconcerting and raises some questions about student safety," Siripurapu said.

The body was discovered by officers around 7 a.m. Thursday at the apartment complex, which sits just north of the campus in the 1200 block of 30th Street.

In a letter posted by USC Senior Vice President Elizabeth Garrett on the university’s website, officials stressed that the death “was an isolated incident and there was and is no apparent threat to the campus community."

Pete Foster, an officer with the university’s Department of Public Safety, added that "any area around USC is really safe."

But some students said a history of deadly violence on or near the campus had challenged that assessment.

"It's shocking, but at the same time you're almost desensitized because you're like, 'Are you kidding me? It happened again?'" said Joe Benson, a senior undergraduate student.

He challenged campus police to develop more effective security methods, and to stop "pretending they have it under control."

"What they're doing now isn't working," he added.

USC poured considerable resources into improving campus safety after a string of shootings put current and prospective students on edge.

In 2008, USC sprinter and now Olympic silver medalist Bryshon Nellum was shot and wounded after leaving a Halloween party near campus. The same year, a film student was fatally stabbed in a fight after he slammed an apartment complex gate near the university.

In 2011, two USC students were shot and wounded when several students confronted a stranger who appeared to be stealing items at a nearby apartment complex.

Perhaps the biggest blow came in April 2012, when two 23-year-old Chinese graduate students in the electrical engineering program were shot to death around 1 a.m. while sitting in a parked BMW just west of campus.

The news raced through American and Chinese-language social networking sites and raised concerns about the university’s global allure. USC routinely enrolls thousands of international students -- among the largest number of any college in the country.

The parents of the two students, Ying Wu and Ming Qu, later filed a wrongful-death lawsuit against the university, saying the school misled them when it claimed that it ranks among the safest in the nation.

Six months after the graduate students were slain, a gunman opened fire in a crowd outside a Halloween party near the center of USC. Four people were wounded, and the campus was placed on lockdown.

Los Angeles police and USC officials said the shooting stemmed from an argument between two people who were not affiliated with university. Still, school officials reacted by putting multiple new security measures put in place.

USC limited public access to the university in the evening, allowing only students, staff and registered guests on campus between 9 p.m. and 6 a.m. The Department of Public Safety also installed additional security cameras and license plate readers, and dorms introduced fingerprint scanners for entry.

About 1,500 feet of fencing also went up along the school's 2-mile perimeter, and security guards began checking identification cards of everyone coming inside after 9 p.m.

University officials reported a drop in property crimes in 2013 compared with the year before.

However, most of the measures were aimed at securing the environment on campus. Thursday’s assault once again exposed the limits of the university’s efforts outside school grounds.

Rafe Cohen, a 21-year-old resident of a complex across the street, said that the death was an "eye opener" but added that he has never felt unsafe in his neighborhood.

"Even now I feel totally fine; I'm just surprised it was so close," he said.

Authorities said the dead student had a roommate, but did not elaborate.

The neighborhood is covered by 24-hour video surveillance, which detectives from LAPD’s Criminal Gang Homicide Division are reviewing. USC was also assisting with the investigation.

Roger Xing, spokesman for the Chinese consulate in Los Angeles, told The Times that it was too early to provide any formal statement regarding the tragedy.

"We are still gathering information on what happened," he said in Chinese.