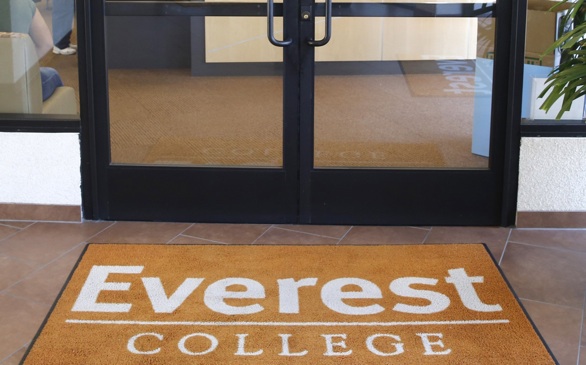 (MCT) You'd never know by their ads or websites that the career-college company Corinthian Colleges is collapsing.

"How could your life change? You'll never know unless you call Everest now," ends one TV spot for Corinthian-owned Everest College that aired as recently as Tuesday during the Jerry Springer show.

As the owner of Heald, Everest and WyoTech colleges goes out of business and struggles to find buyers for 85 of its U.S. campuses, it's feverishly working to bring more students into programs that a new owner could drop -- if the campuses remain open at all.

It's a tough sell. And some recruiters have avoided any mention of the dire news, say students who have heard the pitch.

"They didn't say anything about anything that was going on," said Loretta Cook, who enrolled in Heald College's Hayward campus a week after the company told investors it would go out of business but says she received no communication from the college about its troubles until after she had signed up. "It's not fair to not disclose that."

A deal with the U.S. Department of Education requires the Santa Ana-based company to disclose its status to current and prospective students, but the agreement says nothing about advertisements and informal communications.

In fact, some of the company's commercials and ads use stability as a selling point. Heald College's website touts its 150-year history, and -- until California's attorney general complained -- promised "career services assistance for life." Some of Everest College's commercials end with the tagline "Everest for life."

Corinthian's spokesman on Thursday vehemently denied the company is withholding information from prospective students, saying admissions representatives are trained to raise the subject even if students don't ask about it. "There's no question that there is clear disclosure here and everybody knows it," said spokesman Kent Jenkins. "We disclose it in writing, and our admissions representatives disclose that information verbally -- there's no reason not to."

But Corinthian's critics, including California Attorney General Kamala Harris and U.S. Rep. Maxine Waters, D-Los Angeles, say the company preyed upon the poor in its heyday and is continuing to do so during its demise.

Two days after its agreement with the Department of Education took effect, the company posted job openings for six recruiters at its California Heald College locations, including in San Jose, Hayward and Concord.

The company argues it must continue to enroll students in order to attract buyers. A closure, they say, will only hurt students.

But Harris has accused the company of violating California unfair competition law with deceptive ads. Corinthian "told Wall Street about its serious financial troubles and about its plans to close or sell its campuses," Harris wrote in a complaint filed last month in San Francisco Superior Court. "Unfortunately, (it) refuses to share this same vital information with the vulnerable students and parents that it targets."

The company responded in a court filing that the attorney general's proposed warnings "are designed to frighten, not inform."

"(Corinthian's) current struggles are not a secret, and there is simply no need to force the school to further mischaracterize them in a manner engineered to harm the school," it said.

Superior Court Judge Curtis E.A. Karnow this month denied Harris's request for an injunction, finding the petition to order Corinthian to stop misleading students "too broad and general." The matter is to return to court Aug. 13 if the two sides don't reach an agreement first.

Waters -- who for decades has argued that for-profit colleges soak up federal loan money and lure students into expensive programs with false promises of stable careers -- shares some of Harris's concerns. In a July 16 letter to Secretary of Education Arne Duncan, she wrote that students would be better off with a closure and a full refund.

If a school closes, preventing students from completing their programs, they are eligible to have all of their federal loans forgiven. If it is sold, they are expected to continue with the new owner.

"I wish that all of the students would have the option of getting out of there," Waters said in an interview last week.

Corinthian plans to sell all of its California campuses. But even a successful sale carries risks for students, as the new owners won't necessarily be required to continue all the existing programs, said Robyn Smith, a former California deputy attorney general who now works with the National Consumer Law Center.

Kristen Andrews was just completing her pharmacy technician program in May at Concord's Heald College when a recruiter began encouraging her to return for an associate degree unrelated to her field.

The recruiter -- who Andrews said was still calling at least weekly and seeking her out on campus -- didn't mention that the college was on the market, and pooh-poohed questions about its future.

"The line that I've gotten every time I've expressed concern about what's in the papers is either that it's a misunderstanding or it's an exaggeration of what's really going on," Andrews said. "It's like that didn't even happen."

Cook said she learned about Corinthian's troubles only when a friend told her about the news. She pulled out of Heald College before her first class started, she said -- and before paying or borrowing any money. "I feel like I dodged a bullet," she said.