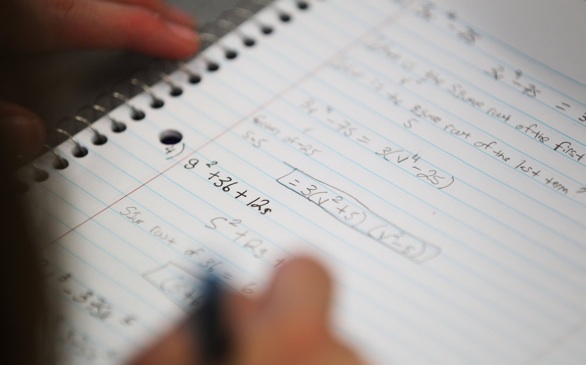 (MCT) Two years ago, Lezlie Cranston, 20, took a placement test at Bakersfield College that landed her four course levels below college writing and three behind in reading.

In math, her weaker area in high school, she was behind three academic levels.

The test results meant she had to complete more than two semesters of remedial courses. Taking the “academic development classes” pushed back her graduation — planned for this past spring — more than a year and will cost her family more than $1,000, including the price tag of four remedial writing courses she still needs to complete.

A statewide report released earlier this month by the nonprofit Campaign for College Opportunity shows Cranston is not alone: enrollment in pre-college level courses extends time in community college by more than a year and adds 20 extra needed credits, costing students thousands of dollars more.

Part of the problem is a disconnect between what students are learning in high school, what they need to know in college and how they are placed in college courses.

The problem is widespread.

Eighty-four percent of incoming Bakersfield College students must complete remedial courses before taking college math or English these days, according to Janet Fulks, a BC microbiology professor and student success researcher.

Very few of those students graduate anywhere close to on time.

Only 34.8 percent of BC students who took remedial courses in math or English in 2007-2008 were eligible to transfer to four-year schools, earn degrees or receive certificates within six years, the California Community Colleges Chancellor’s Office said earlier this year.

It was the lowest completion rate for unprepared students at the college in at least five years.

Statewide, 40.5 percent of community college students who took remedial courses in math or English in 2007-2008 were eligible to transfer to four-year schools, earn degrees or receive certificates within six years.

The cost is high.

Community college students in the Los Angeles area who finish school on time spend about $15,000 — Campaign for College Opportunity wrote in its report. Students who take three years to finish two-year degrees pay about $7,600 more, or $22,700.

The cost more than doubles for students who take four years or more to earn a two-year degree.

Fulks, the BC instructor and researcher, said the problem is amplified in the Central Valley, where 80 percent of students are first-generation college attendees.

At Porterville College, 37.6 percent of students who took remedial math and English in 2007-2008 were eligible to graduate or transfer. The figure was 28.2 percent for Taft College and 37.2 percent for Cerro Coso Community College in Lake Isabella.

Fulks said they get stuck in a “remedial whirlpool.”

Key to bringing down the number of students in remedial courses, Fulks said, is correctly determining which students need the courses in the first place.

Over the years, BC cut the number of advisors who place its approximately 8,000 students registering to four. It forced BC to rely mostly on a test to place students in courses despite state law requiring colleges to rely on multiple measures.

That’s changing. The school is getting more state funding to hire two additional counselors and plans to hire two more.

BC also rolled out a new system this spring that bases student placement on high school GPA, grades from the highest level of high school math and English taken and placement test results.

“We saved over 800 semesters of student time,” Fulks said.

Students would be better prepared for college, professors say, if they took four years of math in high school instead of the required three.

It’s an aim local high schools are backing but not requiring.

THE NEED TO TARGET MATH

Kimberly Bligh, a remedial math, reading and writing instructor at BC, said a basic arithmetic class fills up three weeks after registration. About 90 percent of BC students have to take some level of remedial math.

Bligh said a fourth year of math in high school could significantly improve the amount of remediation needed in college.

It can, because of a change in BC policy, even help some students bypass remedial math — which like all other remedial classes doesn’t count toward college graduation requirements.

Still, the Kern High School District —  from which 65 percent of BC students graduate — is not discussing a change in math requirements, said Vickie Spanos, director of instruction for KHSD.

Cranston said she took three years of math but sees the benefit of four.

"It would help when you go into college,” she said. “But I think the high schools are trying to give you some leeway."

Spanos added some students simply need remedial education. They don’t have the knowledge or maturity to be successful in college courses.

Some of the changes — a heightened focus on literacy, new state standards for learning and new standardized testing in high school — are already happening, Spanos said.

KHSD is also requiring all incoming freshman to take an English assessment test and bringing math teachers together to plan lessons to be used districtwide.

The high school district will also, starting this fall, have students develop long-term education plans in which they base their high school courseload on future goals.

And high school teachers and administrators will more closely collaborate with their local college and university counterparts.

"We're not a unified district,” Spanos said. “We need to be a unified community of educators."