Man Killed in Lightning Strike was About to Enter USC

By Matt Stevens and Veronica Rocha 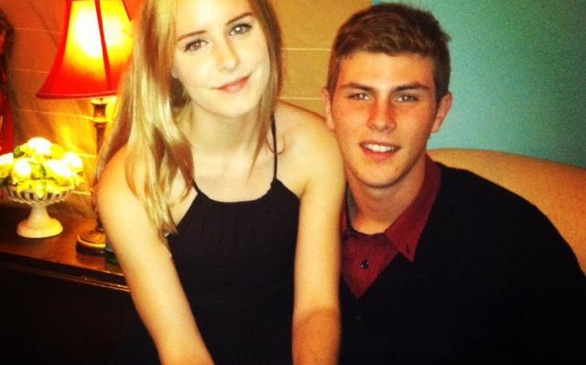 The 20-year-old received word in the spring that he'd been accepted to USC after two grueling years in community college. So he quit his job working in a bar at the Ace Hotel, started looking for a place to live near campus, and decided to spend one of his final summer weekends at Venice Beach.

On Sunday, Fagnano was lounging near the pier with two friends from his high school baseball team when he waded into the water to rinse the sand off his body and a lightning bolt shot from the sky, jolting the ocean.

Scores of lifeguards swarmed the area as beachgoers scrambled from the water, but it took more than an hour for them to find Fagnano. When they pulled him out, authorities say he wasn't breathing. He was pronounced dead a short time later.

"You just never think that a trip to the beach is going to turn out this way," his uncle Dennis Shanahan said. "You think car accidents, military — these are the kinds of ways you commonly hear about people losing their kids. But a lightning bolt at the beach? It's still unreal."

Fagnano — an only child and former student at Notre Dame High School in Sherman Oaks — was among the more than 20,000 people on the southern end of Venice Beach on Sunday afternoon where weather officials say at least four direct lightning strikes hit at about 2:20 p.m.

The strikes injured 13 people, eight of whom were taken to local hospitals, said Los Angeles Fire Department spokeswoman Katherine Main. They suffered an array of injuries, ranging from complaints of anxiety to cardiac arrest, she said.

One 55-year-old male surfer was reported to be in critical condition.

An eyewitness who said she performed initial CPR on a man of that age said it took at least 10 people to drag the man to shore.

"His eyes were rolled up and he wasn't moving," said Liz Olson, 59, who teaches swimming.

The man was resuscitated and taken to a hospital, authorities said. Mark Wheeler, a spokesman for Ronald Reagan UCLA Medical Center, said one victim was in critical condition there Monday, but he would not provide the patient's age or gender.

Coroner's officials said an autopsy would be conducted to determine Fagnano's cause of death, but family members believe he may have been knocked unconscious when the lightning struck the water.

Fagnano was "the kind of kid every parent would want their son to grow up to be," Shanahan said. He'd walk around the house singing whatever song was in his head — often a pop punk tune by Yellowcard or the Story So Far.

He went to church, he prayed, and he kept a Bible by his bed. He had attended 8 a.m. Mass on Sunday morning, just hours before he died, the family said.

"He was the sweetest young man," Tom Dill, his former high school baseball coach, said. "He was very involved in our Fellowship of Christian Athletes, where you read Bible study at lunch every Friday. Everyone loved this kid.... He was a throwback ... on how to talk to adults and how you care for people."

"He was an encourager," Shanahan said.

After graduating high school in 2012, Fagnano attended Santa Barbara City College for a year and a half before transferring to Santa Monica College. In Santa Barbara, Fagnano lived in a house with a bunch of other guys whom he liked, but "he really wanted to do well in school and not just party," Shanahan said. So he moved back into a downtown L.A. loft with his parents.

He planned to study real estate and urban development, and once he was accepted into the USC Price School of Public Policy, he set his sights on the future.

"Everything was ready for him," another uncle, Dan Shanahan, said. "He set it all up."