The 5 Types of Professors Every Student Should Avoid 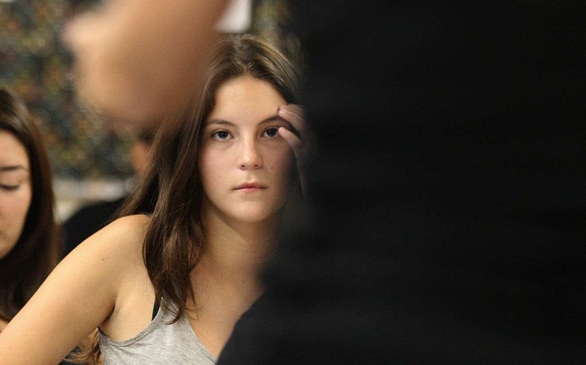 Seriously, a whole semester with one of these professors sucks.
(Credit: Gary Friedman/Los Angeles Times/MCT)

With registration for classes coming up for most colleges, students are most likely frantically looking up professors on RateMyProfessor.com or asking Facebook friends for advice on whom to take. Sometimes, these “reviews” may be misleading. After all, they are subjective to other classmates’ experiences and may be biased (i.e. some students are douchebags and deserve whatever kind of treatment they get).

No matter what, though, there are certain types of professors to avoid. Pray you don’t end up spending a semester with one of these:

1. The Unapproachable/Unavailable Professor
She’s the professor who says students are always welcome to come to office hours and email her, but when you go to the office hours, she is never there. Or maybe you emailed her the first week of school, yet midterms are here, and that email went unanswered. Better yet, she claims she never received it.

Chances are that if you are independent and don’t require much help, you will survive this professor. However, if English is your second language or the subject she teaches is a struggle, this is not a good fit for you. Avoid her if you can.

2. The Late Grader
A friend of mine had to deal with one of these. She thought everything was going well since she kept getting good grades on the tests and was turning all assignments in on time. However, she was never getting her assignments back. It wasn’t until the day of finals—the last day you will probably ever set foot in that class again—that her professor returned all her assignments, with low grades and comments on how she didn’t use the right format. My poor friend not only got a D in the class, but also got put on academic probation as well.

Avoid this teacher at all costs! It’s not fair to do all this work and think things are going dandy only to find out you were doing it wrong…and it’s too late to improve your grade.

3. The One Who Knows Less Than You
This one is not that bad, but he can be frustrating. He’s the professor who always turns to you to verify if what he said is actually right. I had to deal with this professor, and I was miserable and frustrated.

In one of my journalism classes, the professor would ask me questions about his grammar—HIS grammar! I’m sure you can understand my frustration, as he was the one who was supposed to be teaching me how to write in good journalistic form.

It’s never fun to take a class where you end up feeling like you learned zip because you spent your time correcting the professor’s writing.

4. The Passive Aggressive One
Similar to the “one who knows less than you,” this professor is bad, tolerable at best, and very frustrating. It’s like walking on eggshells with this professor. She may act nice and approachable, but she always comes at you with unwanted advice. Or, she simply doesn’t accept when she is wrong.

I know a poor exchange student who was the target of an overly passive aggressive speech instructor. The professor acted approachable and understanding to the student’s needs, but every time the student would give her speech, the professor would deduct points and comment on how she couldn’t understand what the student was saying. Therefore, her grammar must be wrong.

Um, excuse me?! I understand that clear communication is part of the deal with speech classes, but accents are accents. You’re just born that way, so deal with it Professor PA.

5. The Pervert
And last but not least, this is the No. 1 professor to avoid. There are those who give leering glances, which can often times be brushed off and put up with—although you still wish the semester could hurry up and be over—but then there are those who are beyond inappropriate.

--
With all the bad professors, remember there are also some great ones out there. Keep asking friends for suggestions on whom to take.

College Lists
Here are Some of the Best Tailgating Colleges
4,605 views

College Lists
7 Tips for Dealing with Your Helicopter Parents While in College
14,446 views

College Lists
10 Truths About Snapchat Every College Girl Can Relate To
5,470 views