Will Oklahoma Give the 'OK' for College Students to Carry Guns on Campus? 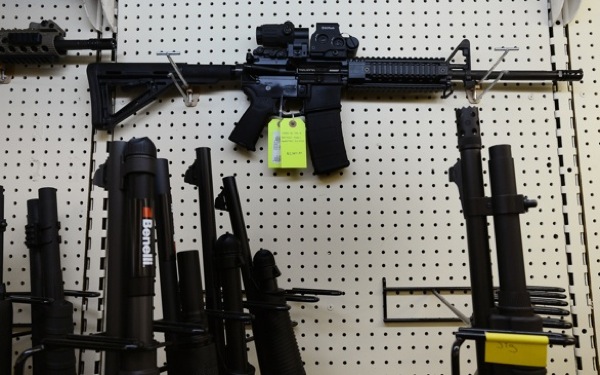 Oklahoma lawmakers announced that allowing licensed faculty and students to carry weapons on school grounds promotes a safer atmosphere for all, reports NewsOK.

According to Rep. John Enns and Sen. Ralph Shortey, students should be allowed the right to protect themselves from any endangerment or harm. Enns further claims, “For anyone to say our college campuses are safe, that’s totally not true.”

In Oklahoma, the law permits a licensed gun owner access to a weapon on campus but only with permission from the college’s president. On that note, David Boren, president of the University of Oklahoma, said, “Placing guns on campus, except in the hands of highly trained law enforcement officers and professionals, would be a serious mistake and would lead only to tragic results.”

Lawmakers claim sexual assaults, rapes and harassment occur on campuses where suspects find easy access. Oklahoma State University’s chief public safety officer, Michael Robinson, believes otherwise. “Your chances of being mugged in the city on the strip are much greater than on campus,” he said.

Allowing students to walk campus grounds with weapons can also lead to tragic accidents amongst themselves. If two students are in a heated argument, one of them might pull out their gun and shoot the other. Lawmakers must take every possibility into consideration.

Results from recent polls show faculty members, students and parents are opposed to firearms on campus. However, Sen. AJ Griffin, Enns and Shortey will join forces this year to research and discover the best plan for everyone’s interest.