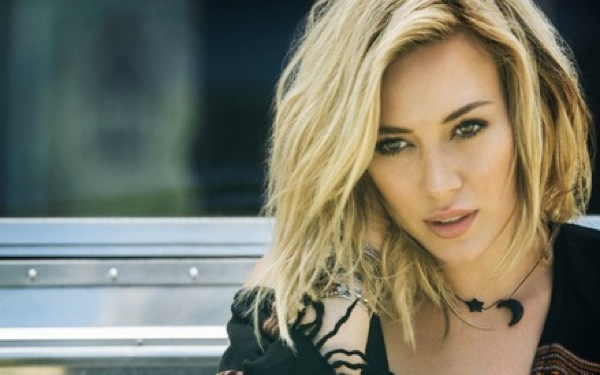 When a ‘90s kid hears the name “Hilary Duff,” the show “Lizzie McGuire” automatically comes to mind. She was an emblem of our childhood. She seems like the only Disney Channel star who didn’t become a psycho drug addict (besides Selena Gomes, perhaps). And, we all miss her.

Luckily, Duff is making a comeback with some new music, and she released a music video for her single, “Chasing the Sun” on Tuesday.

The music video portrays Duff as an office worker who wants an escape from her bleak life. The video starts with her sitting in a cubicle office environment, occupied by lifeless co-workers. Then, we travel into Duff’s fantasies about a sunny beach getaway, where she gets to frolic in a bikini (obviously with a hunky man).

“I took a break from music for quite awhile, but it gave me the power to choose my next steps carefully and I’m really proud of the album I’ve made,” Duff said in a press release from RCA, the label she signed with earlier this month. “‘Chasing The Sun’ is a light and fun summer song that I hope helps people to feel a little more carefree.”

This song makes the perfect summer song, with its happy-go-lucky lyrics such as, “So I’ll start living while I can/And hold the moment in my hands.”

Duff's new album is due out this fall.