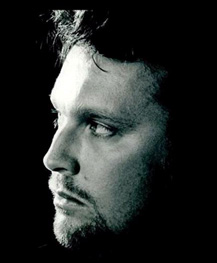 Pistol Opera has exploded onto the L.A. rock scene so fast since forming less than a year ago that charismatic frontman Eli Braden, who met me nursing a vodka tonic at three o’clock in the afternoon, has barely had time to adjust to life in his adopted hometown. "I’m just now getting used to the sheer quantity of enormous silicone breasts here," he says. "There’s no better place to be a nursing infant in the world right now than L.A. Every day they feast."

A demo CD that singer/bassist Braden recorded in 2004 with NYC producer Bryce Goggin (Phish, Pavement, Nada Surf) reached L.A. native Scott Lorenzini (drums) early last year through a mutual friend. Lorenzini was so blown away by the music he immediately phoned Braden (whom he barely knew) to propose putting a band together.

"It was really fantastic to step into a situation where three great musicians who are also cool guys are crazy about my songs and super excited to play them," Braden says. "They’ve known each other since they were kids, so they have this built-in chemistry that helps avoid the dysfunction that plagues so many bands."

Taking its name from an obscure Japanese Yakuza film, Pistol Opera’s music easily recalls the melodic excellence and songwriting quality of the Beatles – seriously. But, they’re definitely a "rock" band, with an intensity rooted in post-punk and metal that shines through even in beautiful ballads like "Never Say Goodbye" and "Shrine."

"We give everything when we play," Braden says. "Sometimes we get so excited onstage we careen out of control – the tempos start rising and the music gets crazier and crazier. But even at our loosest, weirdest shows, there are always a few people who come up afterwards and say we’re the best new band they’ve seen. That feels good."

Pistol Opera is currently recording a 5-song EP tentatively titled Youth of the Beast, which it hopes to have out in stores by April. The CD will feature live favorites like the ferocious rave-up "Over and Over" and the strange yet amazing "Do Ya," which sounds like a surefire hit single despite being described by Braden as "like Radiohead covering Outkast being hijacked by Guns N’ Roses."

The band has already been shown some record label attention but, as Braden points out, "In this day and age, you really have to question what exactly a record label can do for you that you can’t do for yourself. In the ‘90s, the goal was to get a record deal so you could get a huge advance to record and quit your day job. That’s not really happening anymore. But with home recording technology and the Internet, bands can really take their destiny into their own hands. It’s a cool thing."

However, Pistol Opera wouldn’t turn up its nose if a major label were to make some overt advances. "Personally, I think we could be as big as Coldplay," Braden says. "We’re the real deal; we’re not Hollywood posers. We work hard to make great music that will hopefully mean to people what the Smiths and U2 meant to me when I was a kid. Everybody needs something they can believe in."

Pistol Opera will perform March 9 at the Gig, in Hollywood & April 15 at the Hotel Café, in Hollywood. For more information, visitwww.myspace.com/pistoloperamusic or www.pistolopera.com.
Article posted on 2/27/2006
This article has been viewed 1811 times.