Federal Bills Would Crack Down on College Sexual Assault 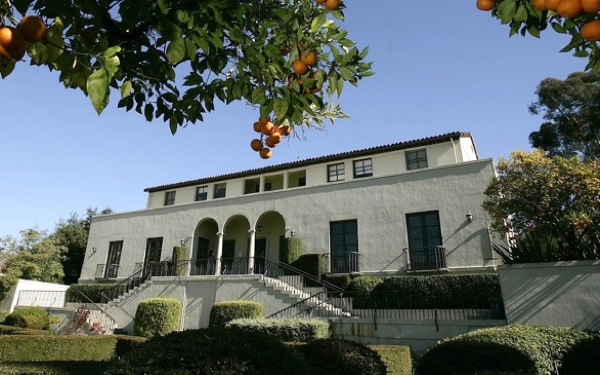 (MCT) Congressional legislators in California and several other states took aim at campus sexual assault Wednesday, introducing two bills that would require universities and colleges to provide more support and training to combat the problem.

Campuses that receive federal funds would be required to appoint an independent, on-campus advocate to help victims of sexual assault seek medical care, counseling, legal information and other services under a bill by Sen. Barbara Boxer (D-Calif.) and Rep. Susan A. Davis (D-San Diego).

"Survivors of sexual assault deserve an advocate who will fight for them every step of the way," Boxer said in statement.

The bill has been endorsed by the University of California, which has established a system-wide task force that will deploy more than 100 police officers, administrators, regents, students, lawyers, advocates and others to recommend better ways to prevent and address sexual violence. The task force is expected to present its recommendations at the UC Regents’ meeting in September.

"Sexual violence is a serious crime that the University will never tolerate," UC President Janet Napolitano wrote to Boxer in a  letter Tuesday supporting the bill.

Another federal bill introduced by a bipartisan group of senators Wednesday would require campuses to train staff who handle sexual assault cases, conduct annual, anonymous surveys on student experiences with the problem and improve coordination with law enforcement. It would also require schools to establish a confidential advisor to support victims and bar schools from punishing those who engage in underage drinking and other campus violations if they are reporting sexual violence.

Addressing concerns that colleges have little incentive to crack down on sexual assault allegations, the bill would also impose stiff penalties on those who fail to comply with the requirements -- up to 1% of a campus’ operating budget. In addition, penalties for violations of the Clery Act, which requires schools receiving federal financial aid to report sexual assault and other crimes to the federal government, would be increased to $150,000 per violation from the current penalty of $35,000.

"This is a monumental step," said Andrea Pino, an advocate with End Rape on Campus. "It’s really hopeful for us to see such a strong bipartisan effort after working with so many victims for so many years."

"This is definitely going to require additional activities and resources, but we want to be proactive in this area," she said. "My goal would be to eradicate sexual violence."

Harrison she plans to hire another full-time administrator to handle cases and launch a campus survey on sexual violence this fall; she has already formed a task force on the issue and now requires administrators overseeing the cases to report directly to her.

But at least one higher education advocacy group expressed reservations.

Michael Poliakoff, vice-president of policy at the American Council of Trustees and Alumni, a higher education nonprofit based in Washington,  D.C., said that sexual crimes should be handled by police, not college administrators. He also said the rights of the accused should be equally protected and voiced concerns that action against sexual harassment not violate free-speech rights.

"This legislation is attempting to address a very serious crime that absolutely needs attention," Poliakoff said. "But we need to make sure that we have both our hearts and our keen sense of judgment working on this at the same time."

After years of activists' efforts, the federal government began cracking down on college sexual assault in 2011 and has since launched more investigations, released more guidelines, imposed more fines and received more complaints than ever before. Earlier this year, a White House task force issued several recommendations for more rigorous steps against sexual assault, with some of them included in the new bills.

The U.S. Department of Education also released the names of 55 campuses under investigation for their handling of sexual assault complaints. They included UC Berkeley, USC, Occidental College and Butte-Glenn Community College District.