Summer's Winding Down, So Grab a Good Read Before School Starts! 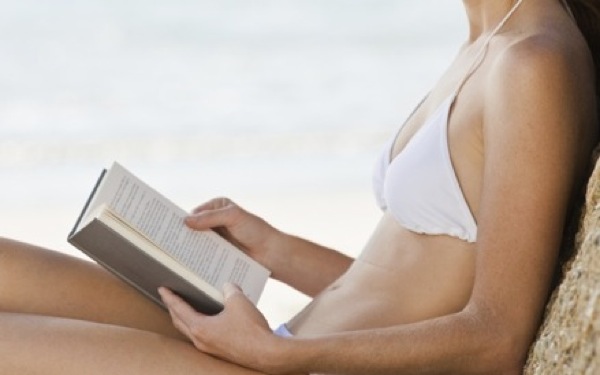 This is your last chance for some recreational reading!

Read It
Jennifer Weiner has a way with family life, and All Fall Down is no exception. With humor and compassion, the story of Allison Weiss’ unraveling gets the details right.

Liane Moriarty’s Big Little Lies recounts a cozy, suburban town gone terribly wrong. With biting humor and more than a soupcon of insight, the writer points a finger at all the little “one-upmanships” that make up modern life.

With Fault in Our Stars in the rearview mirror, the time has come to focus on another YA love story that will keep you breathless: Rainbow Rowell’s Eleanor & Park. The story of two high school students, star-crossed and gutsy, is a true page-turner.

Poetic and lyrical, Anthony Doerr’s All the Light We Cannot See, tracks two teenagers caught up in the middle of WWII. Sensitive and introspective, Marie Laure and Werner attempt to make sense of a world changing in ways they cannot control.

Love and family don’t often mix, as Jess Thomas learns in One Plus One. Written with flair and wit by Jojo Moyes, this novel throws a passel of great characters into a blender and lets the chaos ensue.

Just when she thought she was out, Alma finds herself pulled back into her family drama in Carrie La Seur’s The Home Place. Having fled Montana for Seattle, Alma, struck with the news of her sister’s mysterious death, gets drawn back to her roots.

More family strife ensues in award-winning writer Amy Bloom’s Lucky Us. From London to New York to Los Angeles, two sisters break the molds that confine them and throw away the pieces.

Study It
Ernest Hemingway, Martha Gellhorn and a host of illustrious others cross paths in Hotel Florida. Amanda Vaill’s scrumptious look into the goings on at one hotel during the Spanish Civil War is unique and juicy.

Full of interesting and arresting images, Mapping It Out, edited by Hans Ulrich Obrist, shows how maps can be used for different purposes. For instance, the true size of Africa is much larger than maps usually paint it, a fact that has many consequences. Fascinating.

Experience It
Not one, not two, but five different men vie for father of the year in Brando Skyhorse’s true tale, Take This Man. The author struggles to discover his identity as his mother, a self-styled free spirit, plays fast and loose with truth, history and genealogy.

A horse of a different color comes into play in Rita Zoey Chin’s Let the Tornado Come. This memoir charts a tumultuous childhood resulting in a chaotic adulthood. As the author conquers her demons, her connection to horses becomes a rare source of comfort.

Novella Carpenter’s quest to find and connect with her difficult father is told to perfection in Gone Feral: Tracking My Dad Through the Wild. The inner complications of coming to terms with your own life ring true and clear.

Watch It
Mark Harris’ exhaustively researched Five Came Back: A Story of Hollywood and the Second World War, follows five legendary Hollywood directors who embedded themselves into WWII before “embed” was a thing. From the glamour of cinema to the drudgery of war, this epic book is a treasure trove.

With so many movies to choose from, sometimes it’s hard to know where to begin. Frank Schnelle and Andreas Thiemann’s The 100 Greatest Movies of All Time: The List to End All Lists breaks it down for you, combining the best choices from dozens of lists and distilling them to their purest essence.

Art film enthusiasts love Pedro Almódovar, and Paul Julian Smith exploits that love to perfection in Desire Unlimited: The Cinema of Pedro Almódovar. Taking each of the films in turn, the author explores what makes the director tick.

Having become one of the biggest film sensations of the ‘90s, The Big Lebowski has turned into something of a cottage industry. Revel in the phenomenon with Jenny M. Jones’ The Big Lebowski: An Illustrated, Annotated History of the Greatest Cult Film of All Time.

Eat It Up
Sometimes, the thing you want most can also be the thing that destroys you. Molly Wizenberg explores this idea in Delancey: A Man, a Woman, a Restaurant, a Marriage, a memoir about the joys and strains of opening a pizza joint with her husband.

If “meals can be memories, and cooking can be communication,” as Kathleen Flinn writes in Burnt Toast Makes You Sing Good, then the author’s family has it made in the shade. A memoir with lots of eating, road trips and family history, this combination platter will fill you up.

Kathleen Flinn’s first food memoir, The Sharper the Knife, the Less You Cry: Love, Laughter and Tears in Paris at the World’s Most Famous Cooking School, chronicles the author’s early trials and tribulations with all things culinary. Smart and sure-footed, Flinn’s observations around food and culture will keep you coming back for more. Her middle book, The Kitchen Counter Cooking School, is also delicious.

Bring It On
Kidnapped at 6, Kick Lannigan takes back control of her life as a young adult by training herself in knife throwing, martial arts and boxing. In Chelsea Cain’s One Kick, new skills are put to the test when two local children go missing.

Kai Bird’s compelling The Good Spy: The Life and Death of Robert Ames takes you behind the scenes of an intriguing life. This biography of Robert Ames, a CIA operative based in the Middle East, explores, in minute detail, the Beirut Embassy bombing that took 63 lives.

Turn It On
Ain’t It Time We Said Goodbye is an incredibly intimate, behind-the-scenes look at the Rolling Stones. Robert Greenfield followed the band at the tender age of 25 with stunning results.