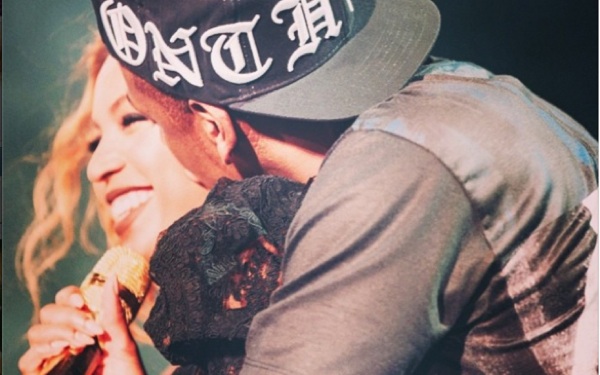 Yes, Bey and Jay fans: Queen B and her hubby will finally be performing in SoCal at Pasadena's Rose Bowl this weekend on Aug. 2 and Aug. 3!

For those of you who were lucky enough to get tickets, you're probably filled with an overwhelming amount of uncontainable excitement. We don't blame you. This power couple is sure to put on a non-stop, breathtaking performance, despite all the gossip and rumors about their "troubled" marriage.

Here are some tips on how to prepare yourself for the most epic night of your life.

Look #Flawless, But Be Comfortable
Of course you want to look your best at a Beyoncé and Jay Z concert, but trust me, you're going to want to still be comfortable, especially since the show might be close to three hours long, and you want to feel "free" enough to move around and dance.

Ladies, I know it's tempting, but don't wear high heels; opt for flats, sandals or boots. If you insist on being a couple inches higher at the show (maybe to see over people's heads?), you better choose your most comfy pair of heels. Still, I recommend stuffing a pair of flat shoes in your purse, just in case.

The concert is outdoors, but you probably won't be cold (you can bring a light jacket, though). Temperatures might reach 90 degrees in the day and 70s at night, perfect for an outdoor summer concert!

Plan Your Carpool, Leave Early
Hopefully you were not the only one in your friend group to grab tickets to the concert (if you're going solo, skip this paragraph). Take as few cars as possible, as parking at the stadium will sell out. However, if parking does sell out, there will be off-site parking options as well as shuttle rides to and from the stadium.

The shows start at 8 p.m., but given that both shows are expected to be packed to the max, it's recommended that you arrive to the stadium prior to 4 p.m. According to Live Nation, those who do not arrive early can expect to walk in parking lots as far as 1 mile from the stadium (another reason not to wear heels) AND WILL BE IN DANGER OF MISSING THE START OF THE SHOW. Oh no—you did not pay a small fortunte to miss ANY part of the show. After all, aren't you dying to see Beyoncé's entrance?

Jam Out to the Ultimate Bey/Jay Playlist Beforehand
So what if you're about to listen to 43 songs at the concert? There's seriously no better way to get pumped up for a concert than listening to the artists' hits. Songs to include on your playlist: the couple's "03 Bonnie & Clyde," "Crazy in Love" and "Drunk in Love;" Beyoncé's  "Run the World," "Freakum Dress" and "Single Ladies;" and Jay Z's "Empire State of Mind," "99 Problems" and "Holy Grail." Heck, put on some Destiny's Child if you run out of songs!

Take Photos, Go Instagram Crazy!
There have been so many amazing photos floating around on social media of these two smiling, hugging and performing their a**es off! Join the frenzy, grab your digital camera or iPhone, and make all your friends jealous by posting photos of you having the time of your life.