Plenty of Reggae Rhythm on SOJA's Amid the Noise and Haste 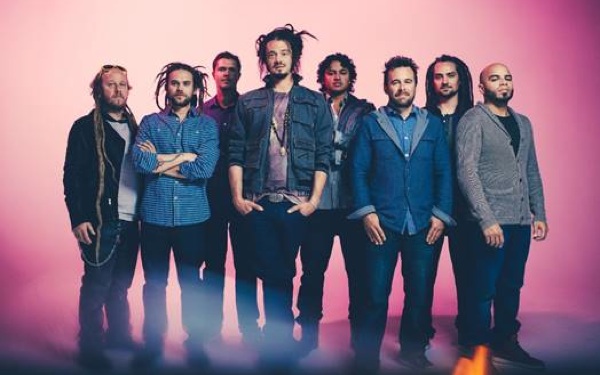 They’ve already sold a quarter of a million records and compiled a fan base that follows them from show-to-show Deadhead-style, but Amid the Noise and Haste has clearly been crafted with the intention of bringing SOJA to a more mainstream audience.

But that doesn’t mean that the band’s sublime reggae styling has been compromised; to the contrary, SOJA sounds more confident than ever before here. Although part of the credit for that goes to GRAMMY-winning producer Supa Dupa (Bruno Mars, Eminem, Rihanna), SOJA’s penchant for friendly hook-laden sing-alongs, like “Shadow” (with guest Trevor Young), is the main reason why fans will quickly cozy up to Amid the Noise and Haste.

And while the classic reggae rhythm is at the heart of most tunes here, many arrangements aim straight at the pop charts, like the hip-hop dancehall of “Promises and Pills” with toasting by Alfred the MC; the infectious first single “I Believe” with Michael Franti and Nahko; and “Tear it Down,” which is a perfect mellow for the 420 crowd.

There’s old school reggae too such as the Collie Buddz duet “She Still Loves Me” and on “Your Song,” where SOJA lead singer Jacob Hemphill shares the mic with reggae progeny Damian “Jr. Gong” Marley.

True to SOJA’s mission statement of “sticking up for the human race,” the album's laid back grooves are paired with hopeful and uplifting lyrics.

Soja's Amid the Noise and Haste releases on Tuesday, Aug. 12 on ATO Records. The band will be playing a sold-out show at the Troubadour in Los Angeles.