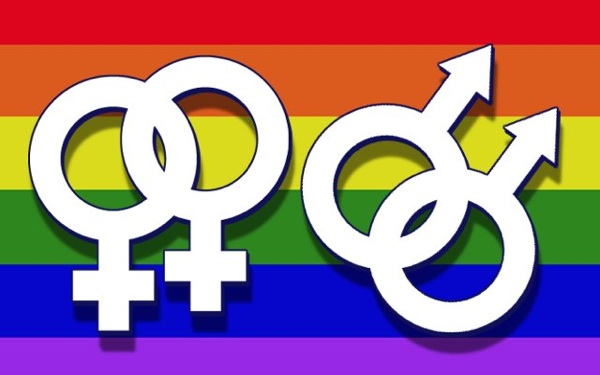 Now, this is something that's hard to wrap our heads around: a recent Canadian survey found that the country's "lesbian, gay and bisexual teenagers remain at significantly greater risk of becoming pregnant or causing a pregnancy" (via Jezebel).

In fact, gay and bisexual boys are nearly four times more likely to cause a pregnancy, and lesbian and bisexual girls are more than twice as likely to get pregnant.

Dr. Elizabeth Saewyc from the University of B.C.'s School of Nursing told Vancouver's 24hrs, "They still have increased risk compared to heterosexual teens that we've noted since 2008. Since then there have been other studies in other parts of the world that say the same thing. It would appear that the sexual orientation, in terms of pregnancy involvement, looks like it's staying about the same."

She also explained that these students may be using heterosexual sex and pregnancy to camouflage their sexual orientation, fearing that if people knew they were gay or bisexual, they would face homophobic bullying.

Another possible theory for these heightened pregnancy risks could be because gay and bisexual teens have been tuning out sexual education, believing that this information doesn't apply to them. 24hrs reports sex education organization YouthCo stated sexual education needs a "revamp" so that it can apply to people who are part of the queer community.

Northwestern University's IMPACT LGBT Health and Development Program posted an article in June, providing another theory related to substance use.

One American Journal of Public Health study found that more gay, lesbian and bisexual youth drank alcohol prior to their last sexual encounter compared to heterosexual teens. More alcohol consumption may increase the risk of not using contraception during sex, thus increasing the risk of pregnancy.

There are probably many reasons that could explain the troubling results of the Canadian survey, but in British Columbia, they're calling for a modification of sexual education to decrease these numbers, which sounds like a reasonable place to start.

Sex & Relationships
Why you should go on a second date (even if there was no spark)
2,070 views